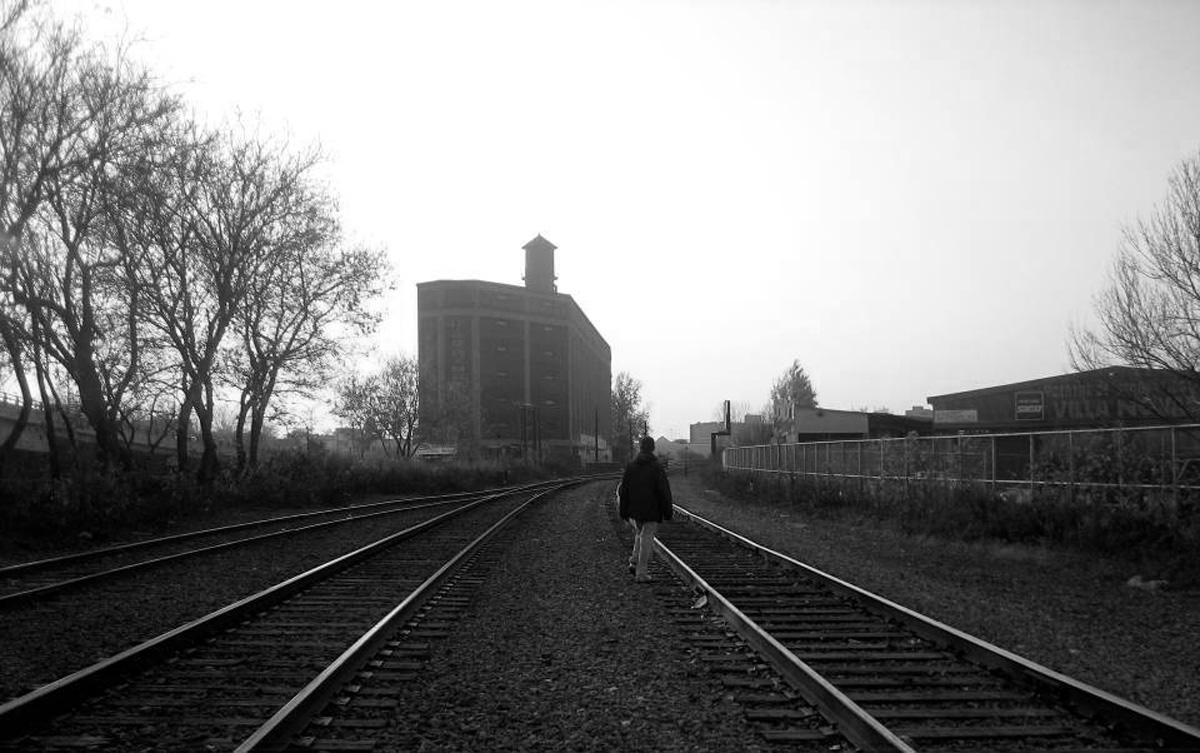 Slightly elevated from surrounding neighbourhoods, the Bellechasse District is an urban belvedere known for its sunsets and panoramic views.  Today a derelict industrial zone, the district has been marked through time by the presence of important transportation infrastructure including the Canadian Pacific Railway, the Saint Denis Tramway Terminal, Montreal’s central bus garage and the Van Horne Viaduct.  The sinuous line of the railway and its abandoned sidings generate the sector’s unique curved warehouses and disaffected open spaces.

Throughout Canadian history, the train has been a privileged instrument for cutting through the forest to make way for development.  Bellechasse in the Forest is a redevelopment proposal that inverts this relationship by introducing an urban forest as a catalyst for the ecological regeneration of rail yards.

The urban forest humanizes the city and facilitates ecological initiatives such as the reduction of green house gasses, the diminution of ambient heat and the natural retention of surface water.

Its organic nature permits a multitude of itineraries, unexpected discoveries, and space for reflection.  The forest is an element of cohesion that weaves together the disparate pieces of the neighbourhood, linking old and new, large and small. It creates spatial diversity and encourages contact with plant and animal species.

The project adopts a series of strategies to re-connect neighbourhoods cut off by the railway’s path through the center of the district.  A hybrid bridge-building projects the existing urban grid and the urban forest over the railway, connecting residential sectors on opposite sides of the tracks. The partial demolition of the Van Horne Viaduct decongests the site and, combined with the bridge-building, shifts the emphasis of movement from an east-west to a north-south axis.

Fluidity of movement and safety on the project’s new streets and avenues are assured by the shared space approach – streets belong as much to pedestrians and cyclists as they do to vehicles.  Infill construction on avenues combines the two dominant geometries of the site – the urban grid and the diagonal of the railway – to create housing that is aligned with the street on its lower levels and oriented for solar gains above.

In order to achieve a high development density and a low ecological footprint, the pr.oject includes a series of triangular point towers and municipal service buildings.  These structures provide a volumetric transition between the imposing scale of existing warehouses and the fine grain of residential avenues. 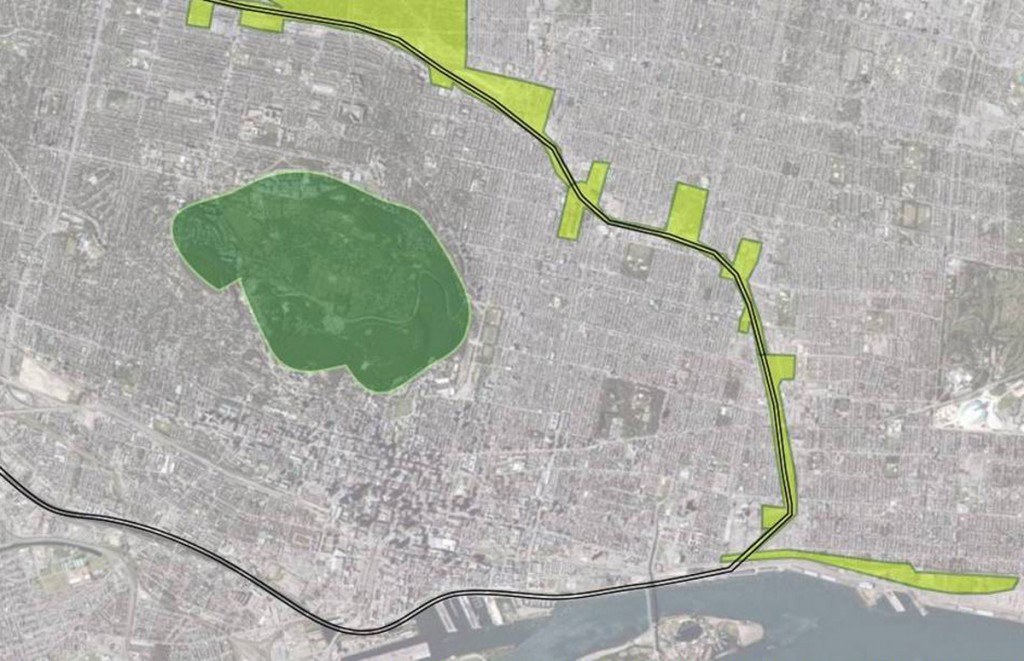 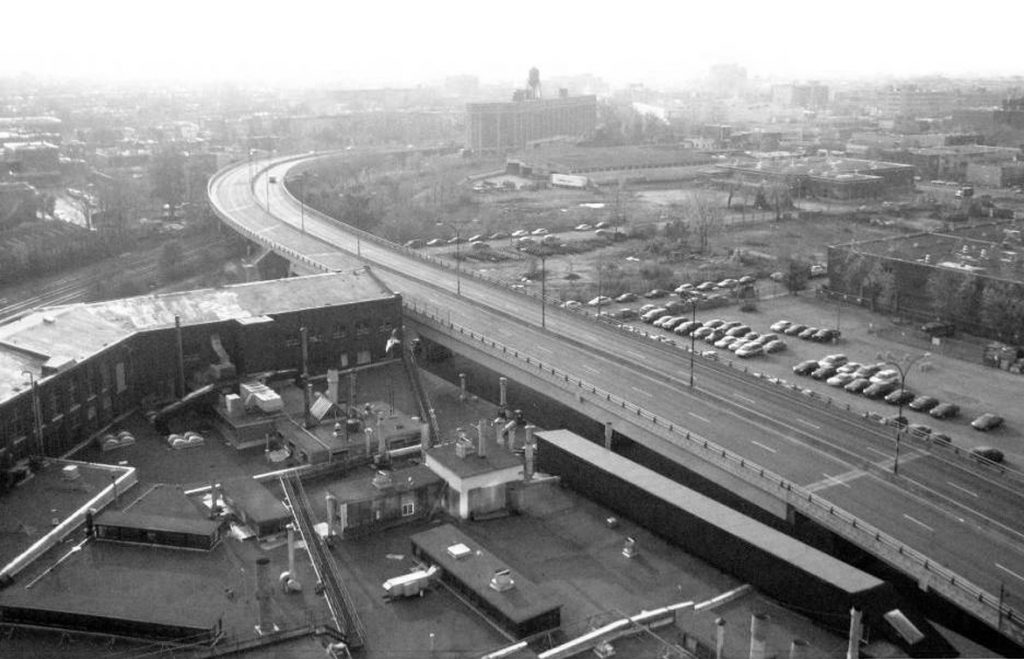 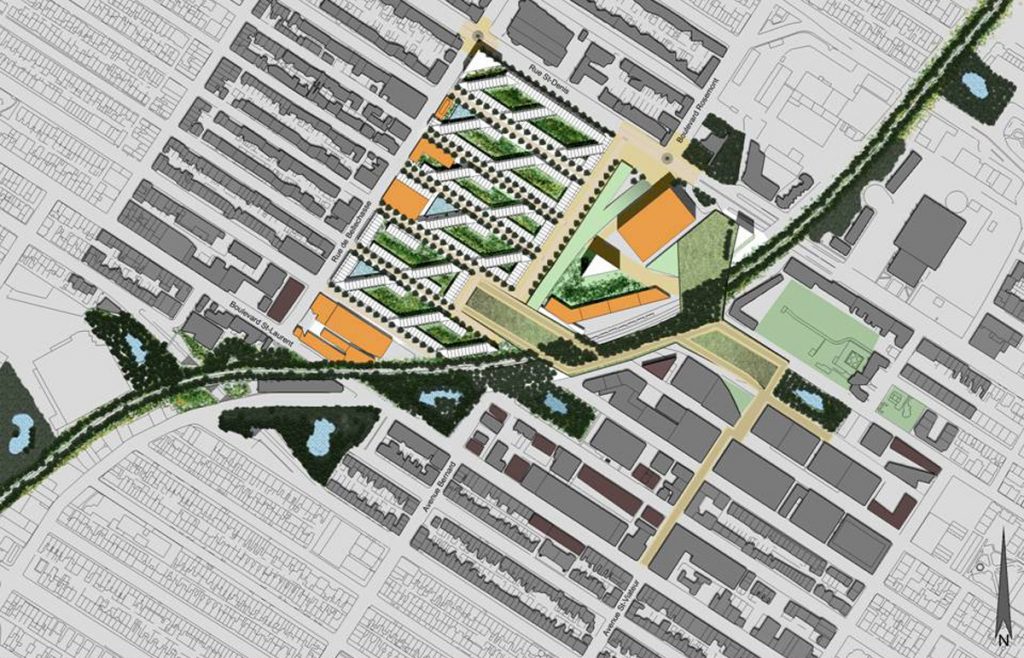 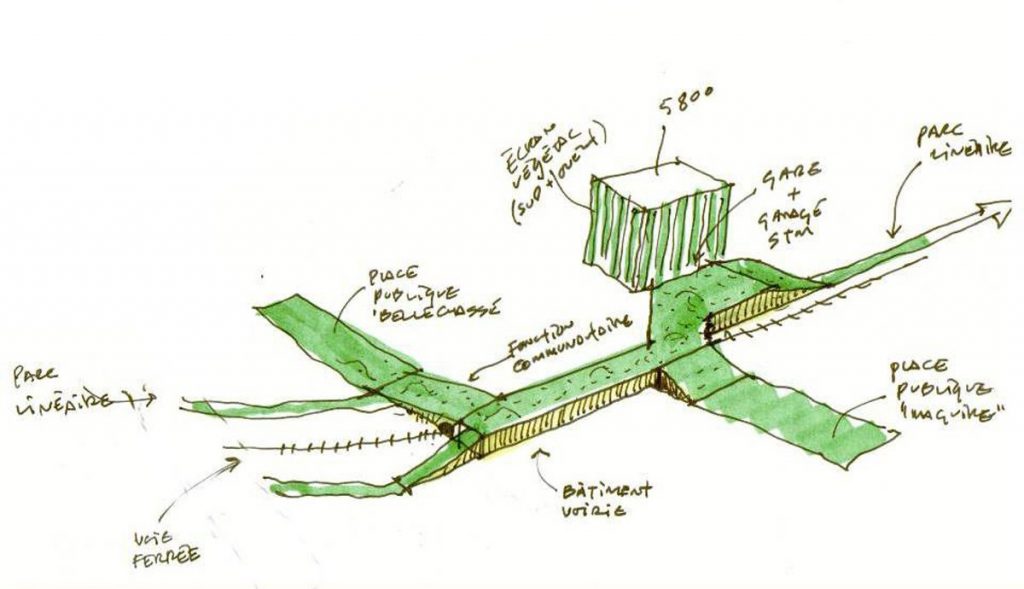 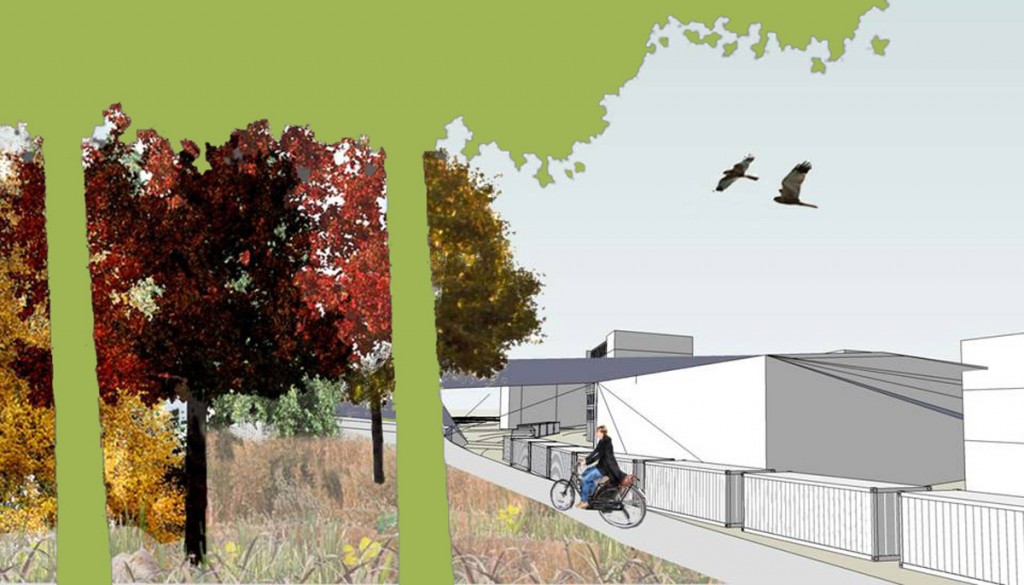 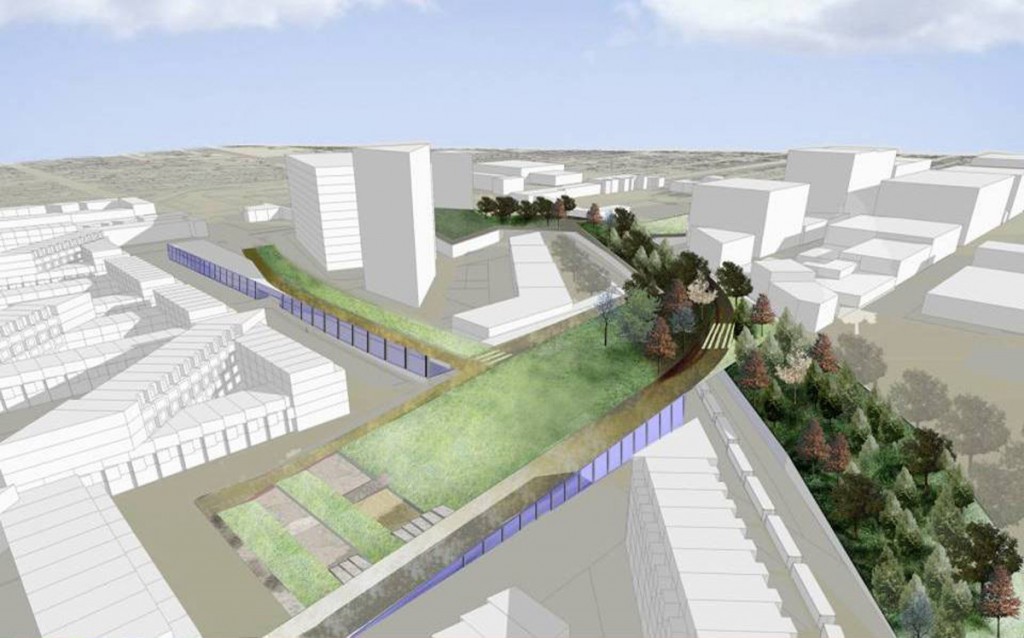 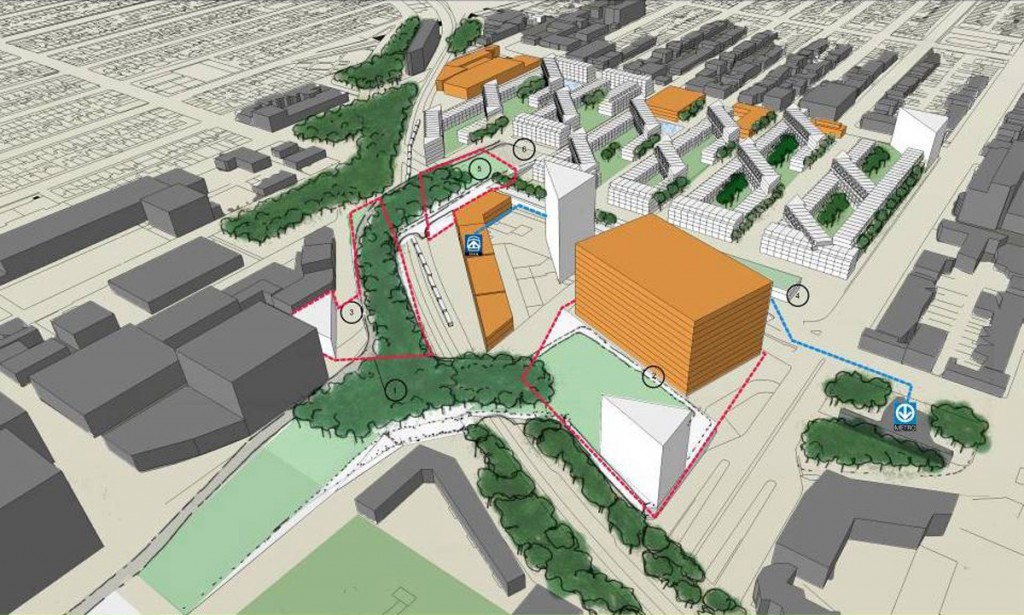 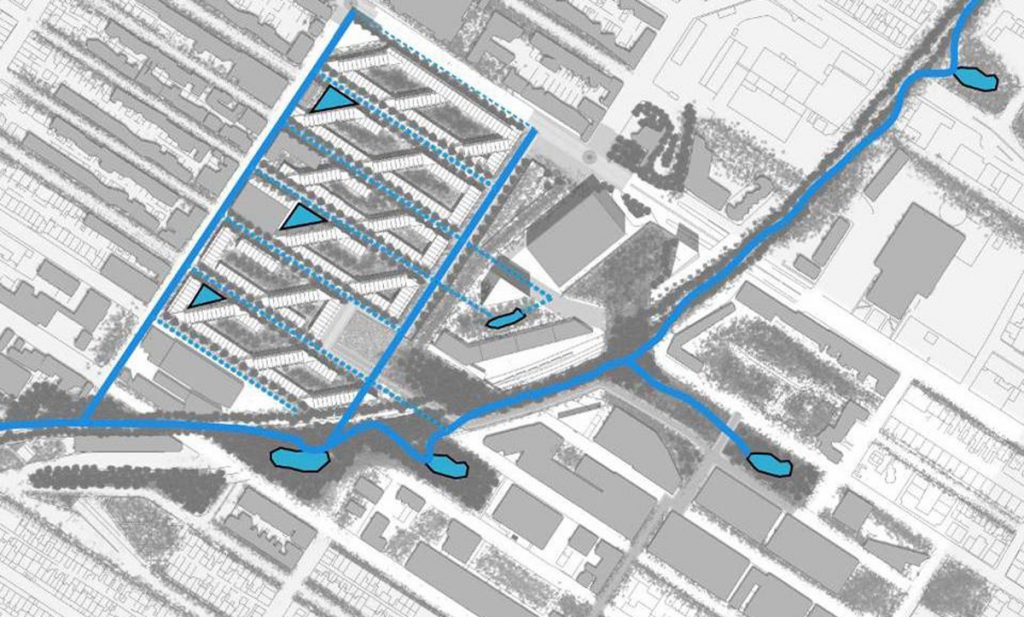 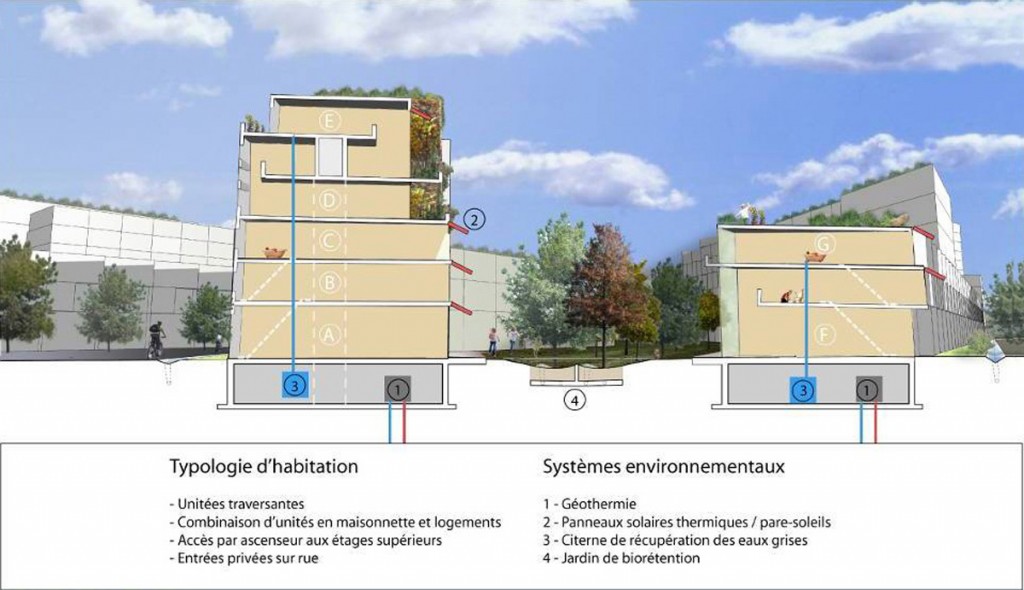 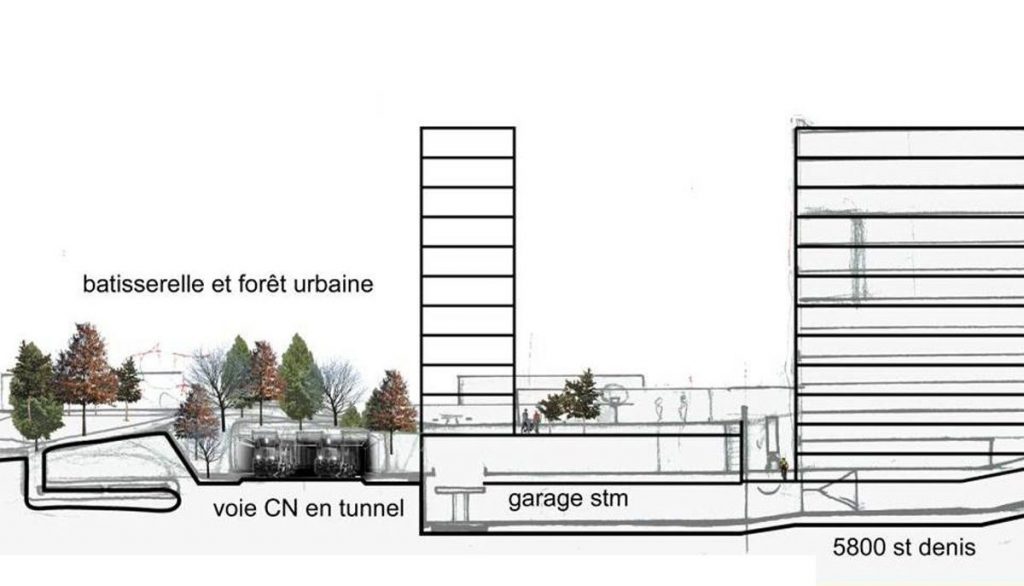