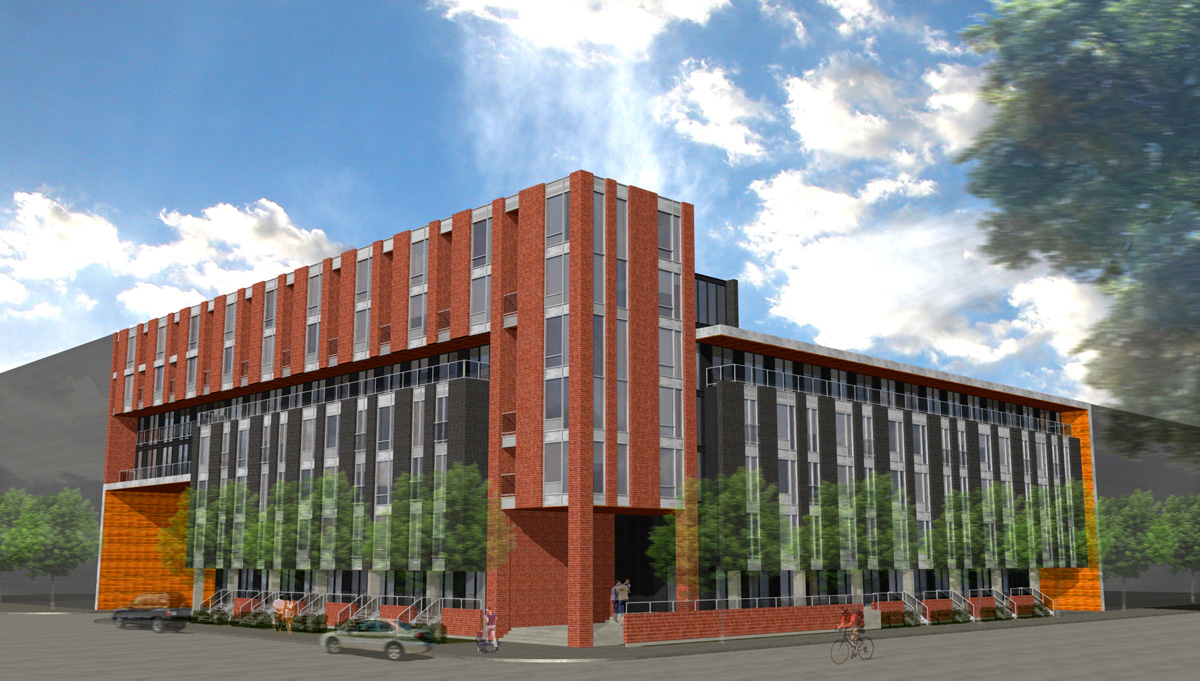 Located adjacent to the main line of the transcontinental railway, the Maguire District is a disaffected industrial area whose nineteenth century abattoirs and meat-packing plants gave way to twentieth century textile factories.  Today these loft-style factories are being recycled into office space for high technology start-ups and the district is being transformed into one of Montreal’s most dynamic neighbourhoods.

Maguire Square is part of a master plan organised around three medium-rise housing blocks.  The plan creates a new street that divides an oversized city block between recycled factories, the housing blocks and a new municipal park.  Conceived as a mega-structure, the three housing blocks form a continuous urban wall on one end of the block.  A monumental portico punctures this wall in Maguire Square, allowing the new street to traverse the site.  As a threshold between the existing neighbourhood and the new park, this portico draws inspiration from Montreal’s historic ‘’porte-cochere’’ passageways.  The idea of the building as a portico is further elaborated by a two-storey volume that bridges the new street and folds down to a corner entry.

Maguire Square is organised by an L-shaped plan that creates an interior courtyard.  The street side of the project has robust brick walls while the courtyard facades are abundantly glazed.  Condominium units in Maguire Square include two-storey walk-ups on street level, loft-type units facing the courtyard and double-height penthouses. 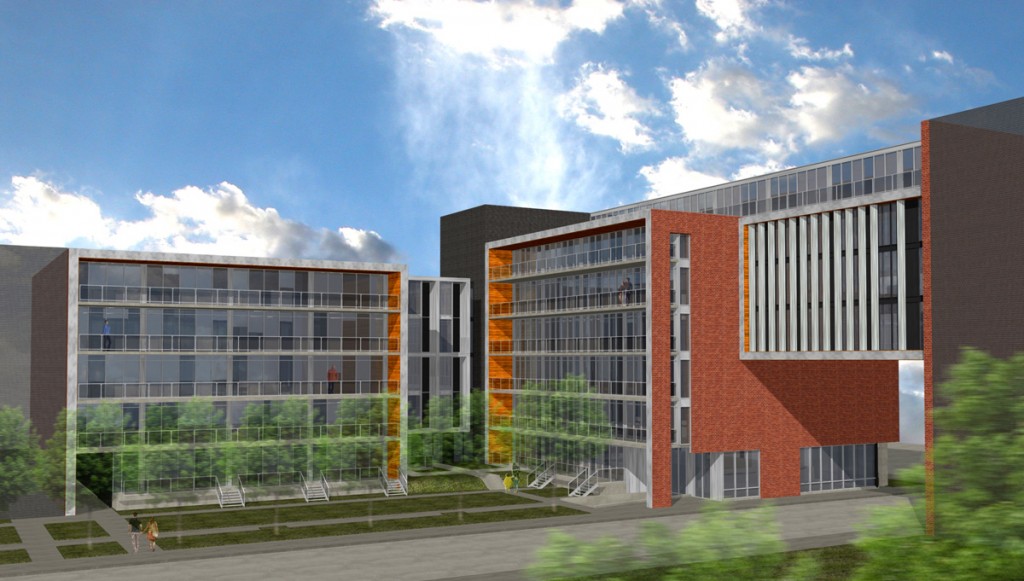