Birthplace of Canada’s Industrial Revolution, the impact of the Lachine Canal was both local and international: cutting a path through the heart of Montreal it created a link between the interior of the continent and the Atlantic.  The transformation of the canal from its original industrial vocation to housing, parkland, and recreational use is one of the key urban projects to take place in Montreal in the last twenty-five years.

Facing a new park that links the canal’s banks to the neighbourhood’s main traffic artery, the Turgeon Housing Block occupies a prestigious corner site with views of the canal and the Montreal skyline.  The site is a point of transition between worker housing and red brick factories, and the project integrates a restored worker’s row-house into its master plan.

Inspired by the monumental masonry forms of near-by industrial buildings, the new block was conceived as a simple masonry cube.  Whereas industrial programmes in the historic factories generated repetitive fenestration, the Turgeon Housing Block celebrates the particularity of each of its seven condominium units with a free arrangement of windows.

Each unit plan is different and each takes advantage in a unique way of views of the park, the canal and the surrounding streetscape.  Windows, balconies and entries are freely cut into the cube according to their position in space.  Facing the park, cut-aways are expressed in bright red-orange surfaces to contrast with the neutral gray of the cube. The interior circulation combines a generous corner entry with a central sky-lit hall. 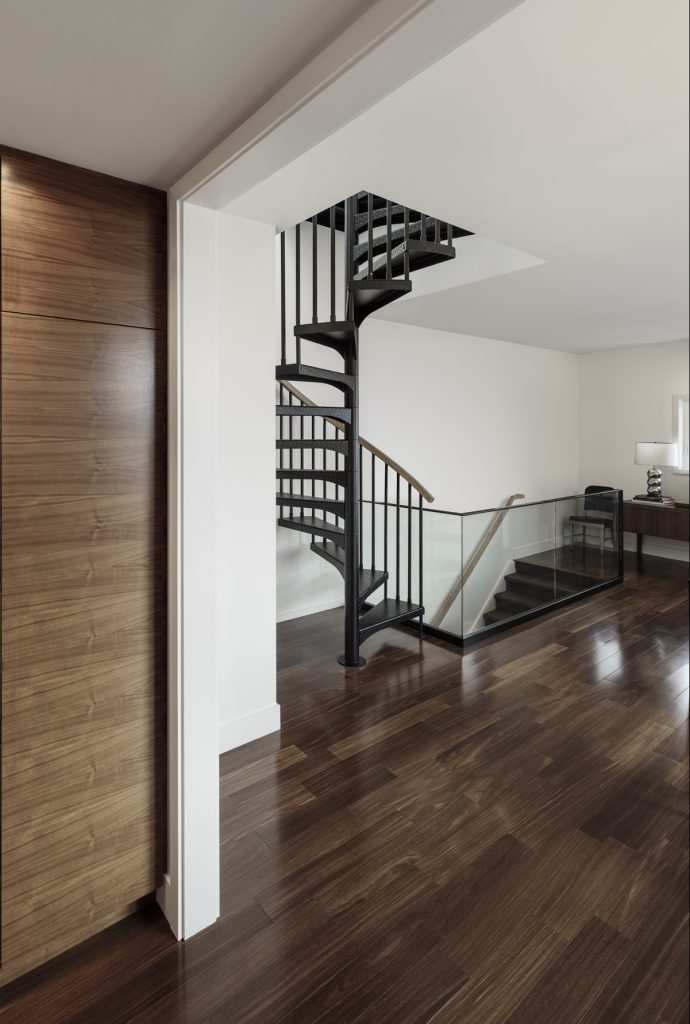 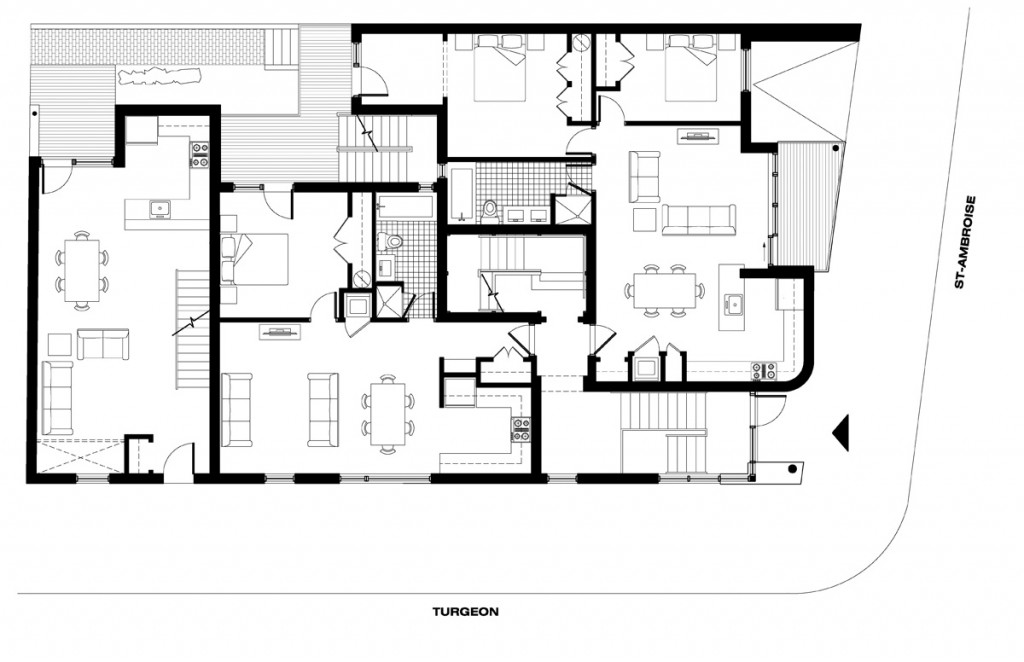 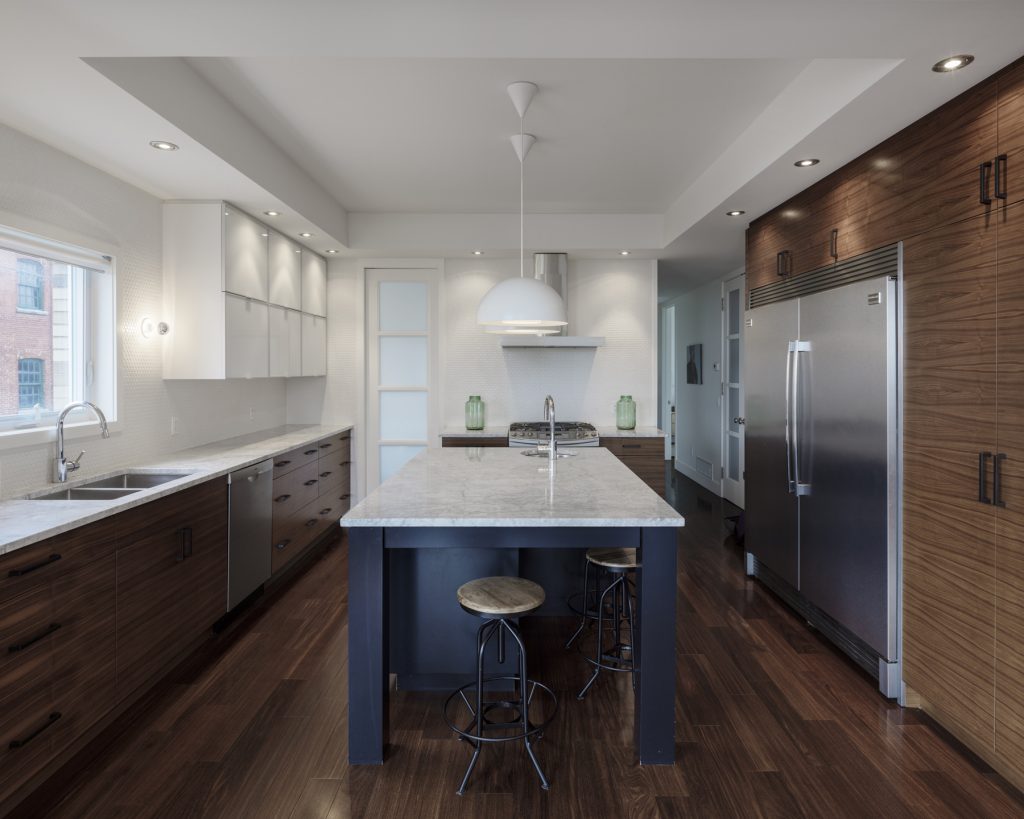 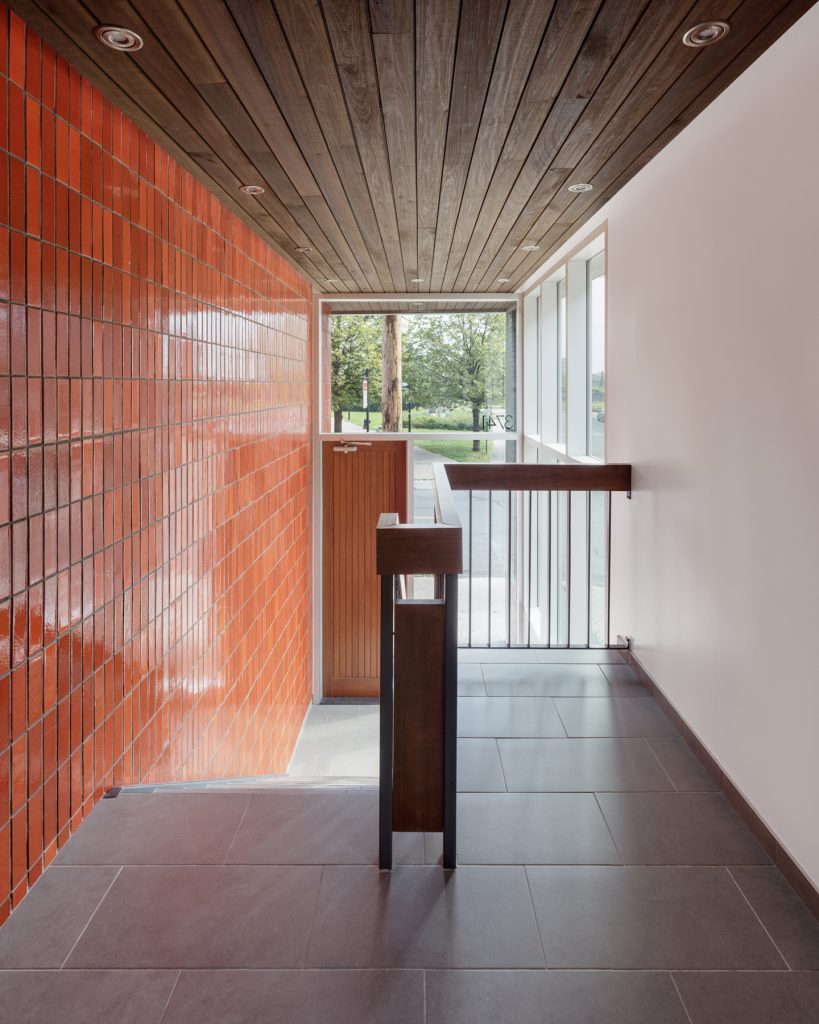 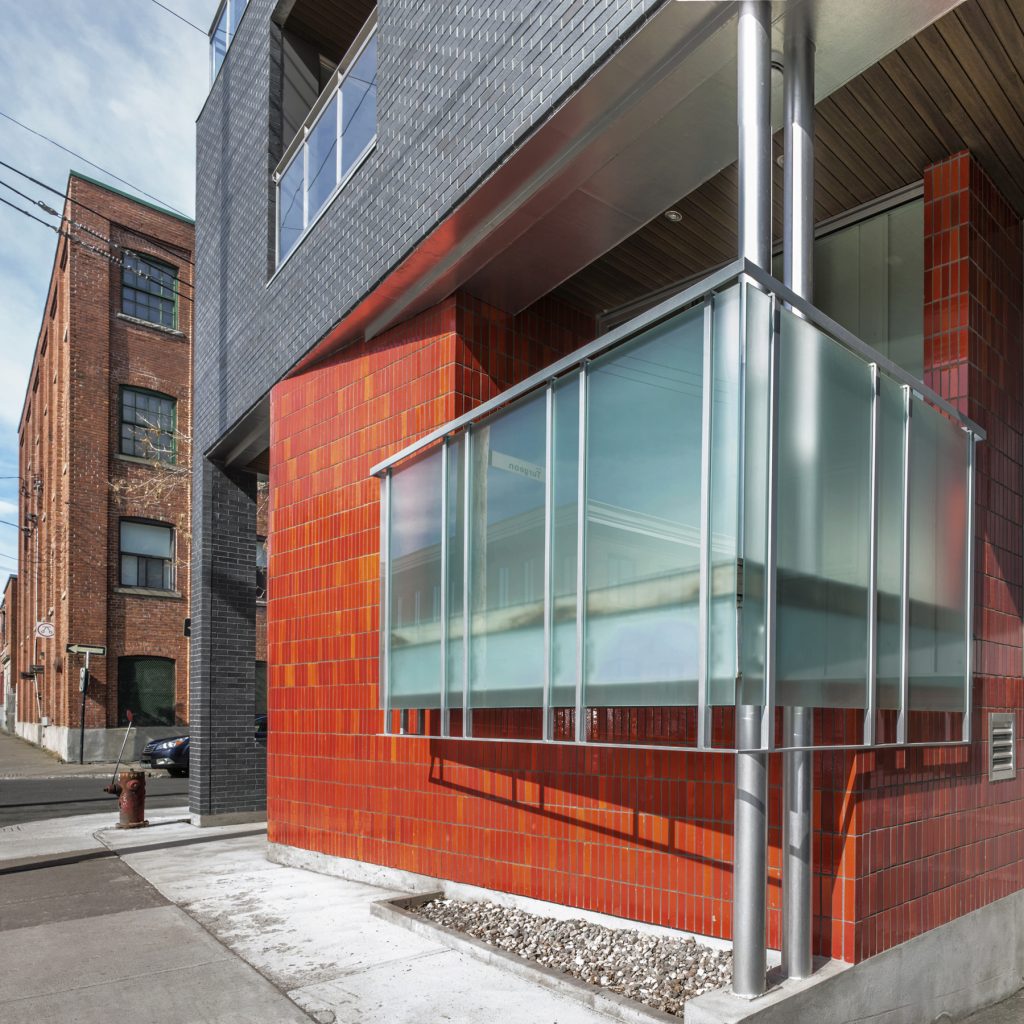 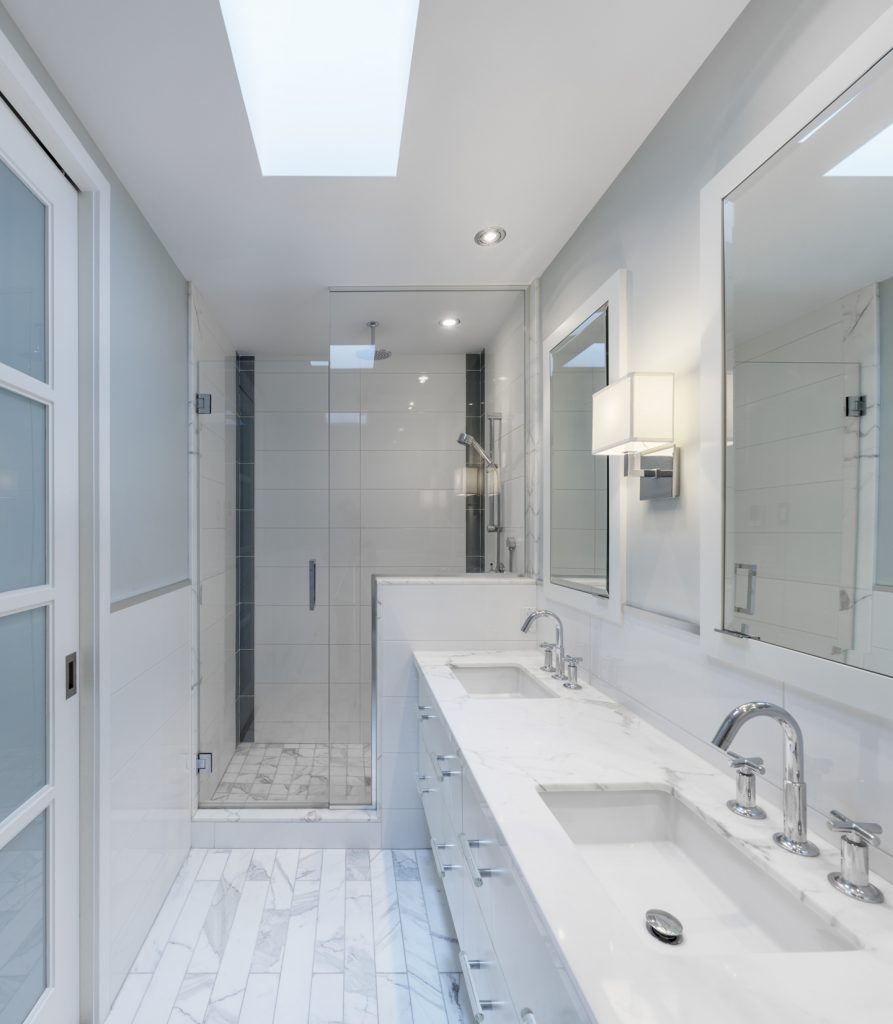 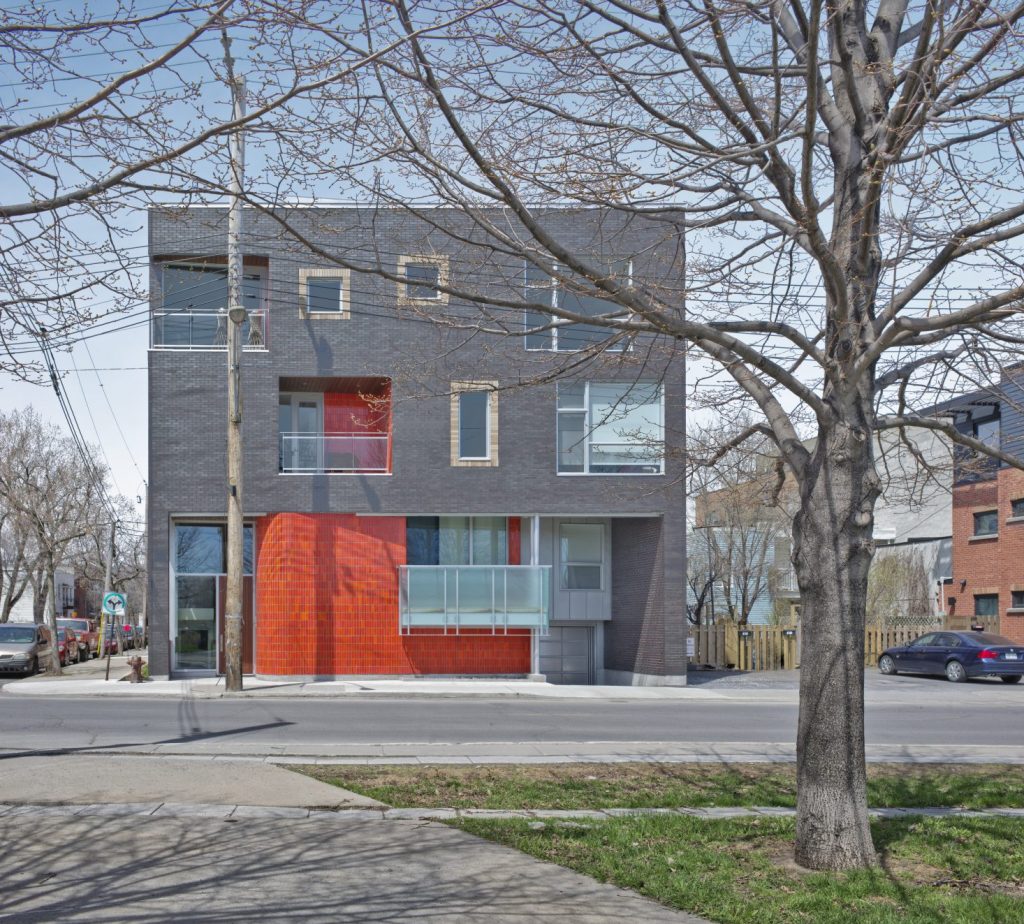