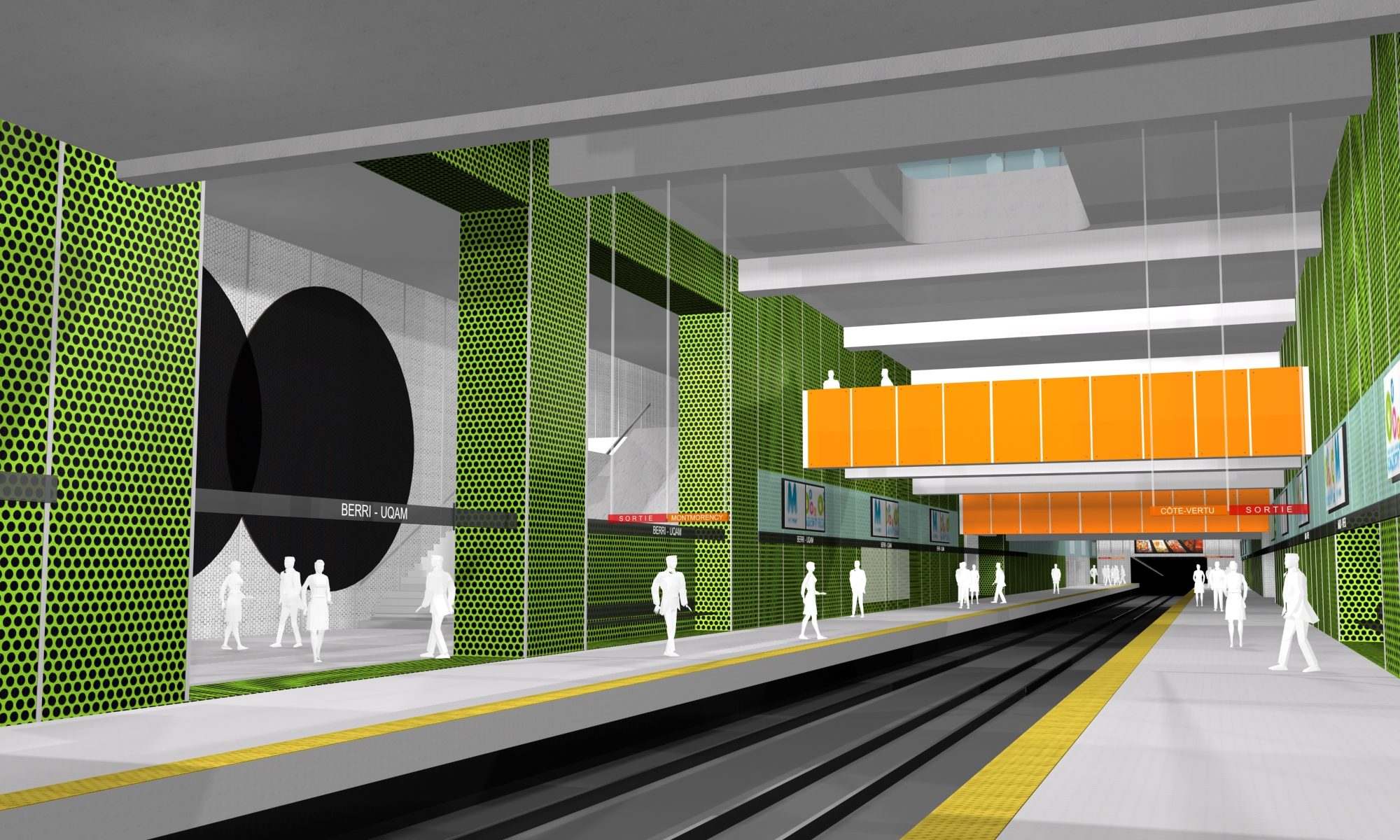 Montreal’s subway system, the Metro, is among the most celebrated in the world.  Its trains run on silent rubber tires and the policy of ‘’one architect – one station’’ has been a generator of architectural quality since the construction of the first stations fifty years ago.

Opened in 1966 in the heart of the city’s Latin Quarter, the Metro’s central transfer station, Berri-UQAM, is the largest and most heavily used in the network.  The crossing of three lines creates dramatic multi-level spaces but in keeping with subway design trends of its time, the station has little presence on the surface.  While the station interior has remained spatially unchanged over fifty years, the city above it has been radically transformed.  The construction of a major civic space, Émilie Gamelin Square, Montreal’s central library and the University of Quebec has reshaped the Latin Quarter.

The project focuses on three aspects: a new interior design scheme, an extension to the existing station, and the creation of a new image and identity for the exterior of the station.

Many of the station’s original bridges and mezzanines have been obstructed over time by kiosks and temporary commercial spaces.  The interior finishes of the station are fifty years old and in urgent need of repair.   Based on three ideas – color, movement and the circle as motif – the interior design scheme restores the spatial clarity of the original station and proposes a full program of new finishes.  The paintings of Roy Lichtenstein serve as an inspiration for surfaces of gradated dots realized in ceramic tile and serigraphed glass.

The project seeks to develop the full potential of Berri-UQAM station as a pivotal urban node of downtown Montreal.  The natural topography of Emilie-Gamelin Square is exploited to open the square directly onto the Metro’s entry level and shopping promenade.  A major new urban space is created that blurs the distinction between indoors and outdoors, underground and above ground.

A series of interventions clearly mark the station’s center beneath the crossing of two city streets.  A new traffic roundabout at this junction permits the creation of a skylight over the station’s main entry area.  Existing red slabs marking vertical circulation inside the station are projected upwards to create new entry aedicules and signage elements. 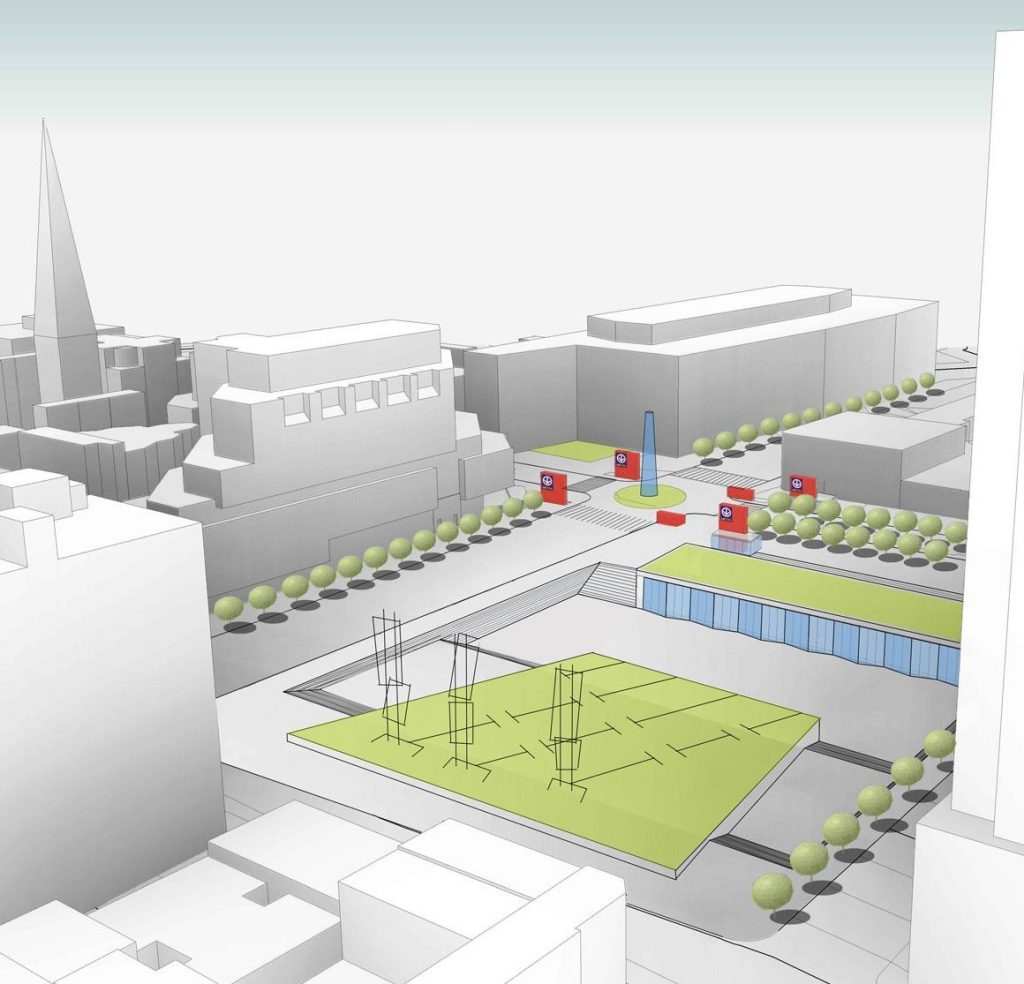 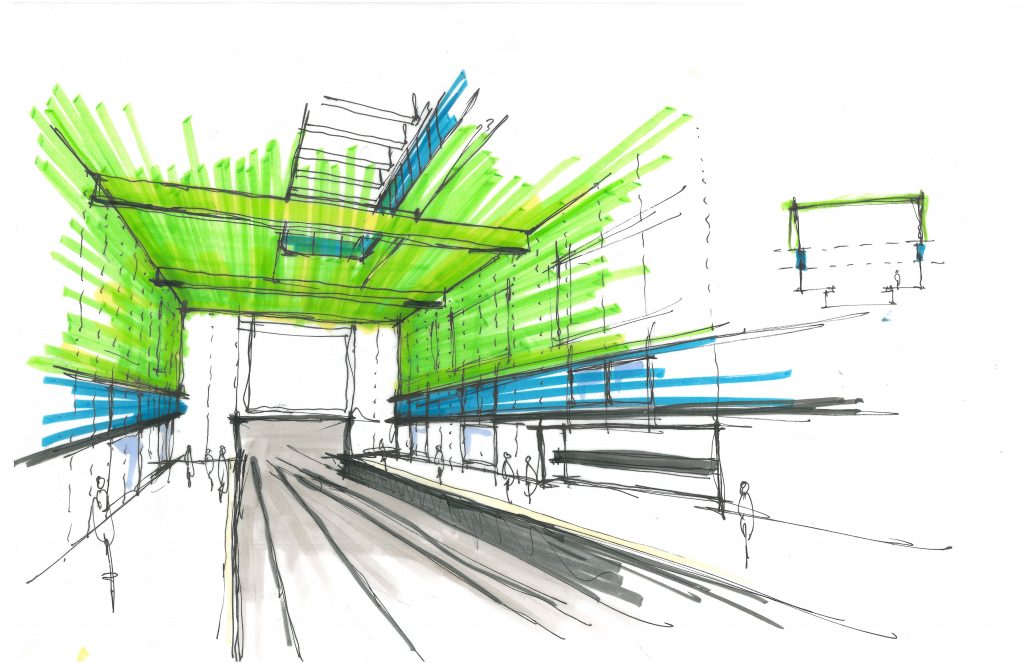 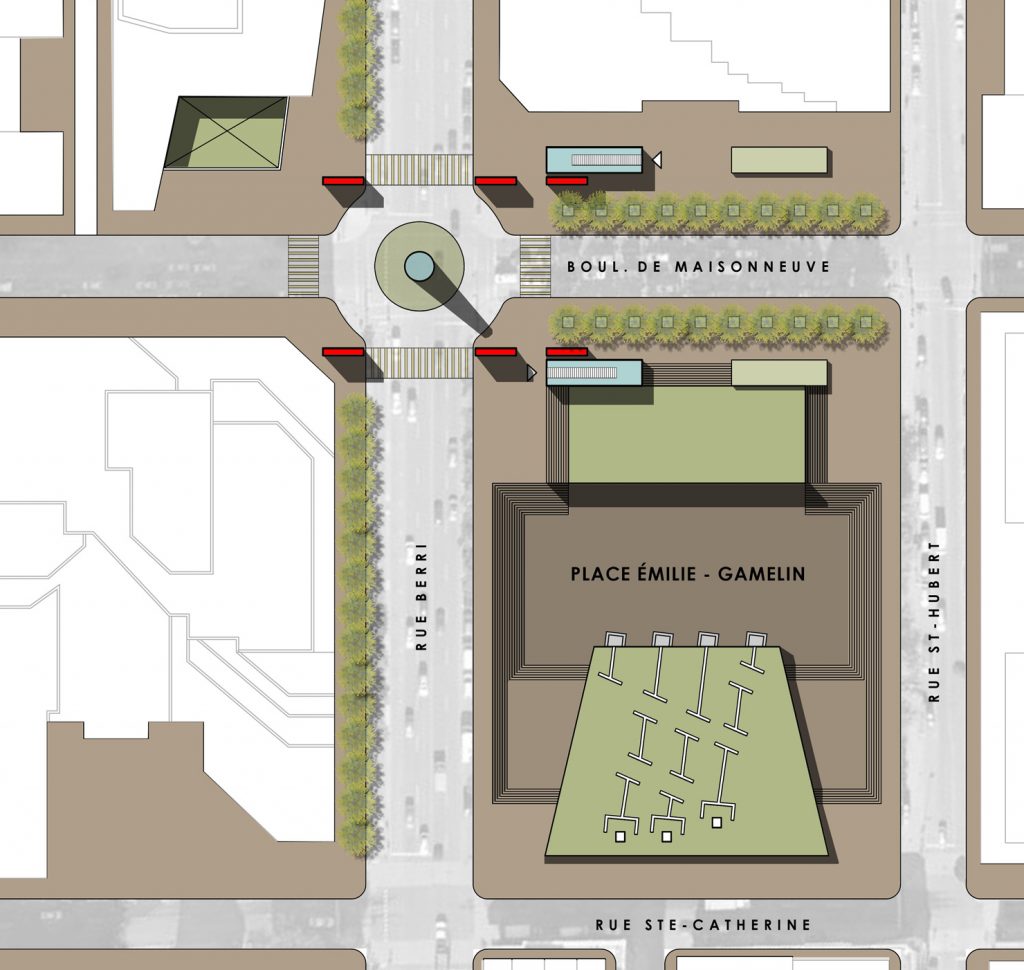 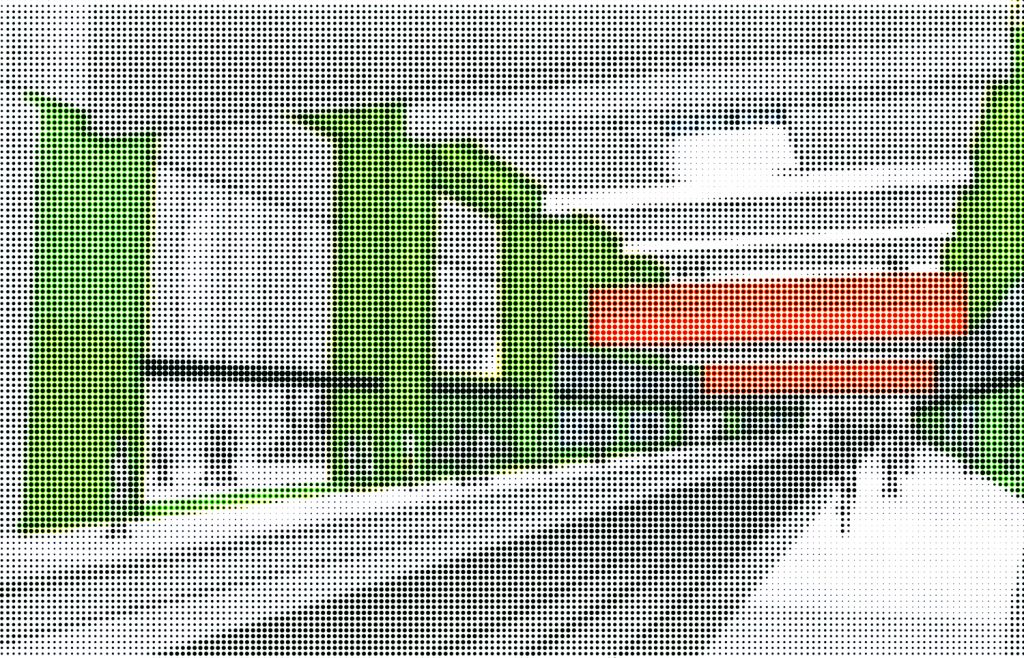 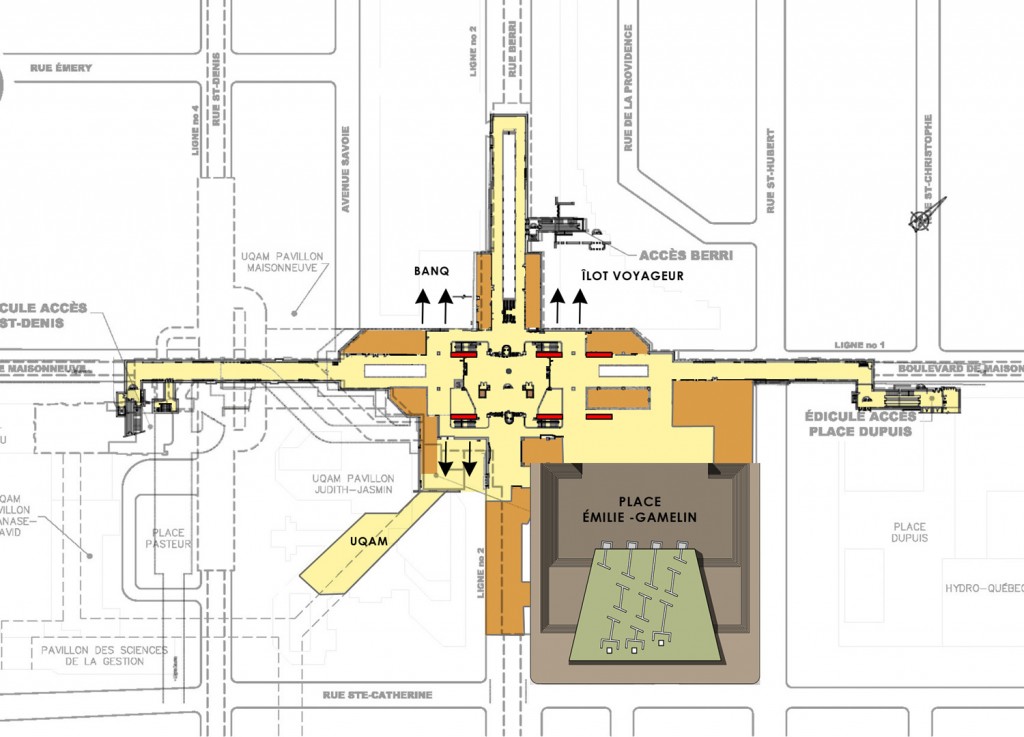