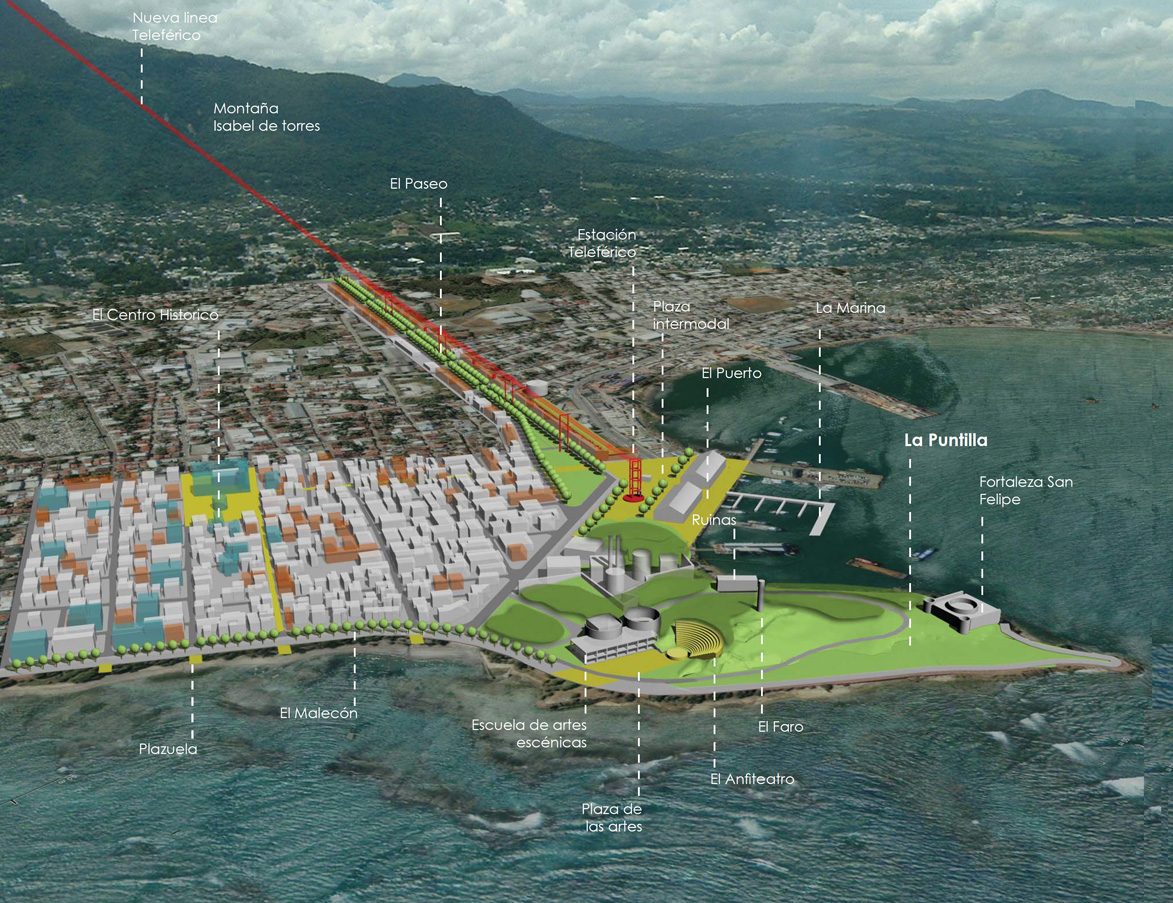 Visited by Christopher Columbus in the 15th century, Puerto Plata is one of North America’s oldest settlements.  As a popular tourist destination in the 1980s, the city boasted the Caribbean’s first gondola-type sky train which provided access to a mountain-top botanical garden.

The advent of ‘’all-included’’ resort compounds on the periphery of Puerto Plata has drained tourists from the city’s historic center, excluding the local population from the tourist economy. The objective of this project is to develop the historic, cultural and natural heritage of Puerto Plata, re-establish downtown as a privileged tourist destination, and bring tourists back into contact with the local economy.

The city center is re-imagined as the crossroads of distinct itineraries that include a pedestrian network, vehicular roadways, marine channels, and an extension of the sky train.  A ceremonial entry boulevard is created by extending the sky train from its suburban terminus to a new terminal building located in the historic harbour. Sited in a generous civic plaza that doubles as an open air market, the new terminal provides intermodal links between the sky train, cruise ships and city buses.

The master plan consolidates the urban fabric of the historic sector and the town’s beachfront boulevard with selective infill buildings and recycling projects.  The landscape of La Puntilla Park, a unique natural promontory, is fully rehabilitated, including the restoration of a colonial-era castle. The recycling of an abandoned oil tank as a performing arts center is the catalyst for the redevelopment of a disaffected industrial sector located on prime harbour front land. 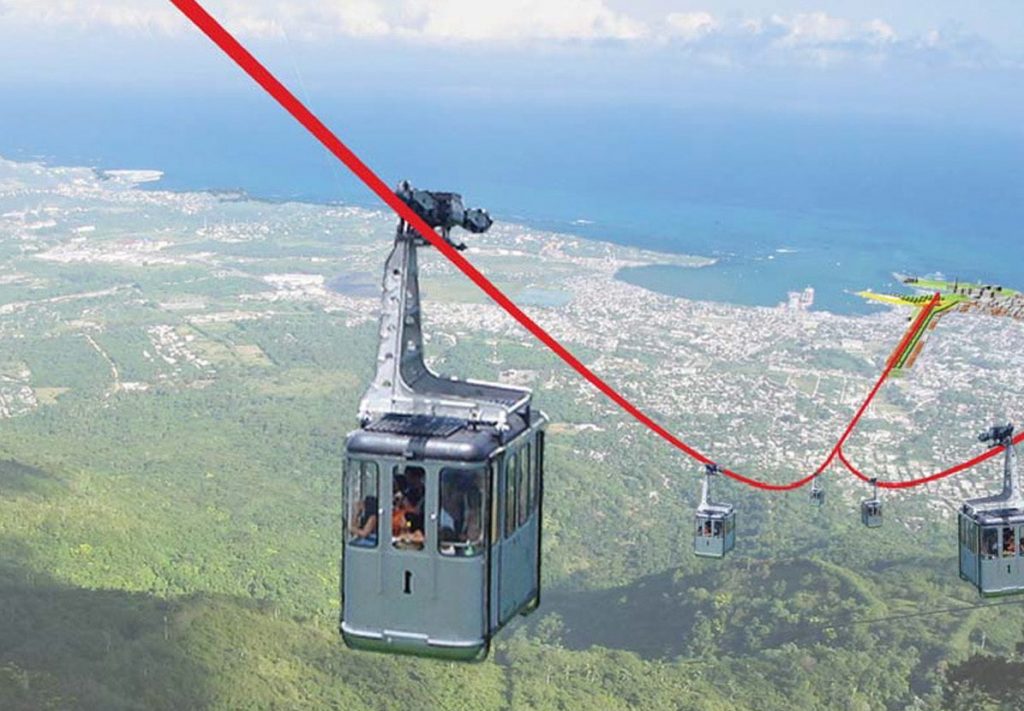 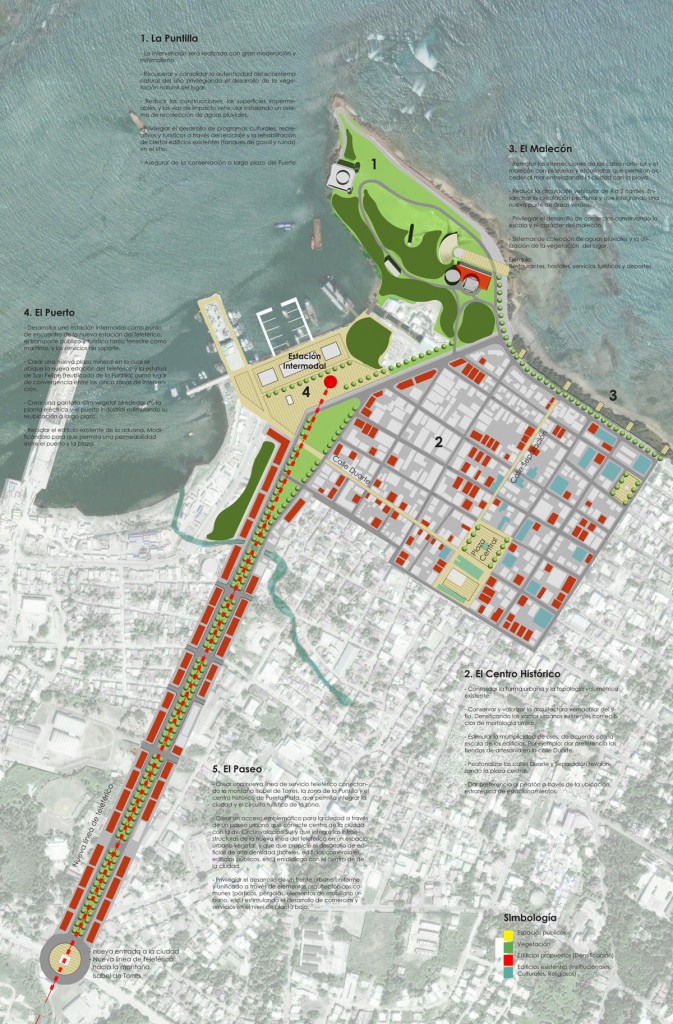 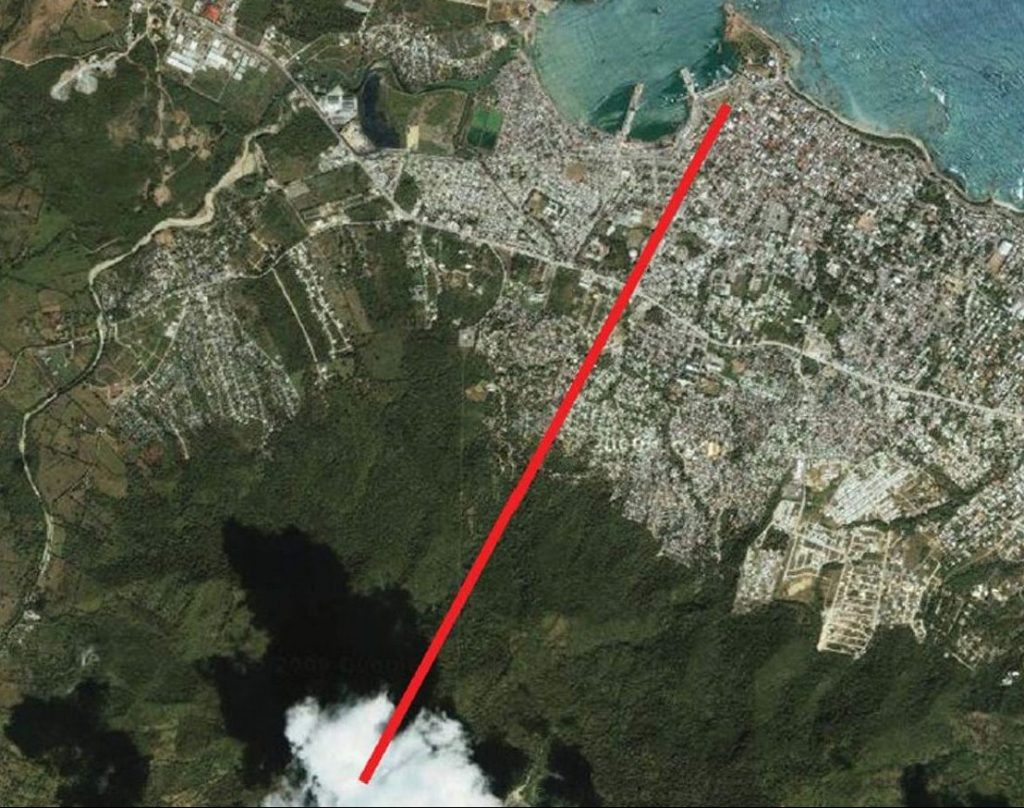 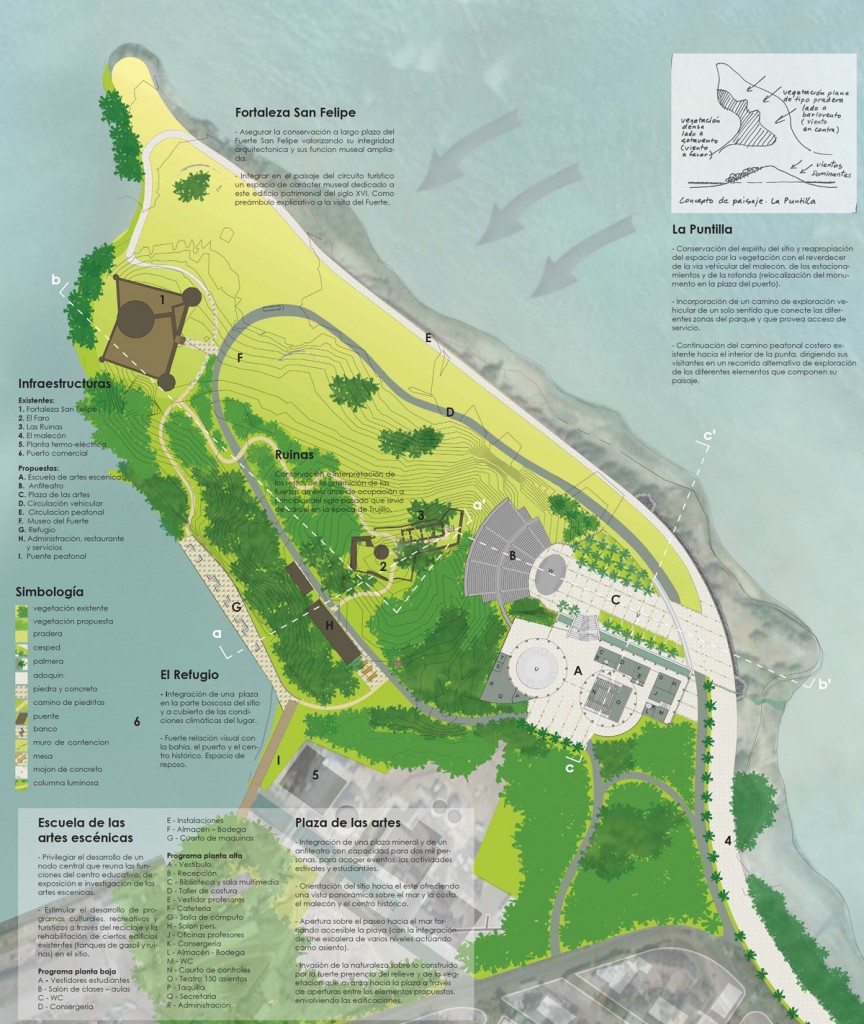