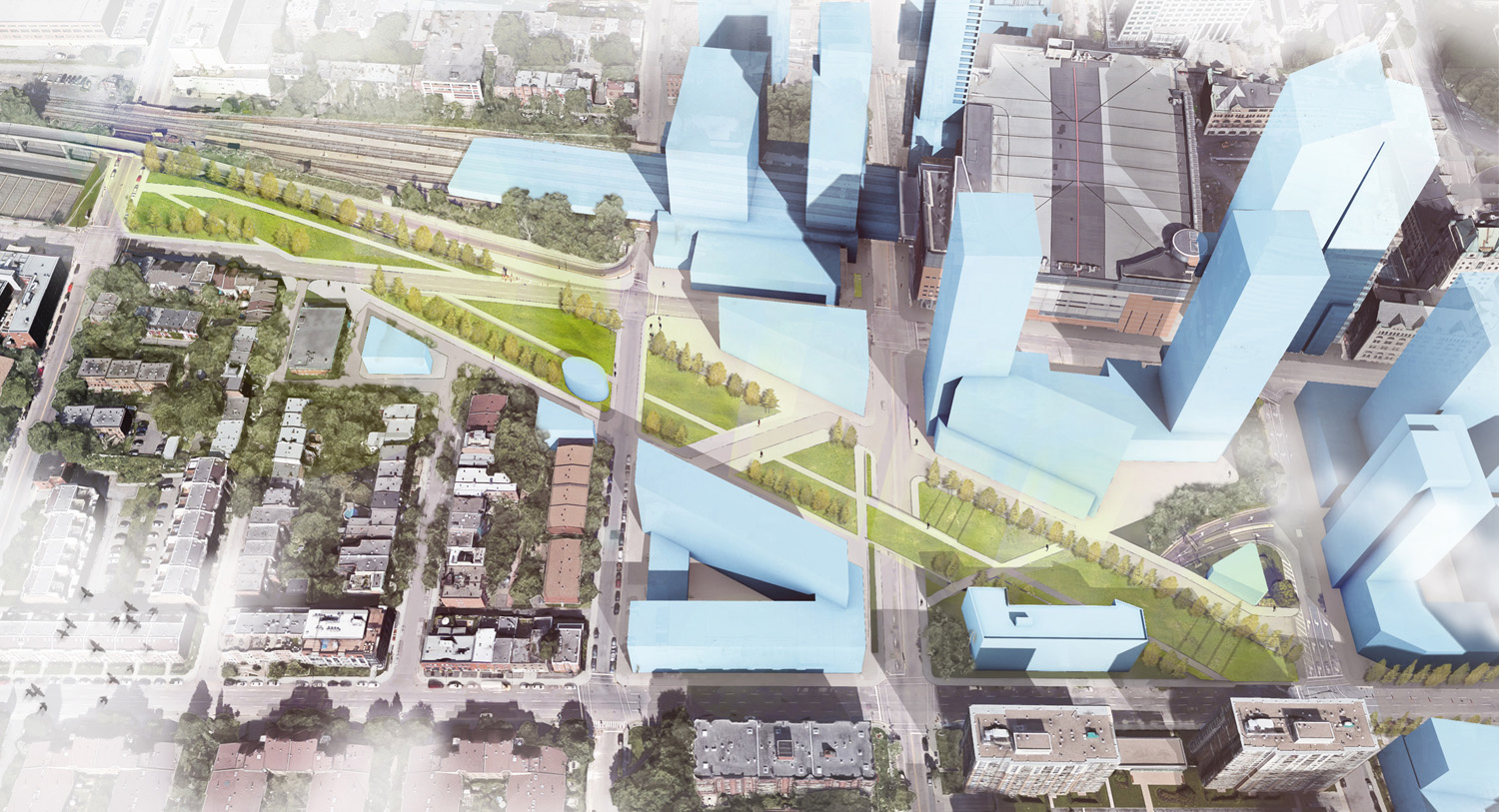 At the pivoting point between the Old Montreal borough and the downtown commercial center is an area marked by the presence of numerous train stations. Due to the transit infrastructure that structures the space, this area has historically served as a transit hub.

Since the beginning of the 21st century, the construction of multiple condominium towers in the district has moderated the transitory character of the space. The residential revitalisation of the borough expresses the desire to transform the area into a welcoming living environment. This motivation is propelled by the strategic location of the borough and its proximity to Montreal’s business district.

Our proposal structures the urban grid and distinguishes a hierarchy of public spaces that support both local residents and transitory passengers. The project draws a linear park that embraces the existing urban morphology while defining an important urban space. This structuring axis redistributes local movement of the narrow routes and optimises the cohabitation between motor vehicles, pedestrians and cyclists. The reorganisation of public space adjoining the train stations also improves the comfort and security of people who occupy the space. 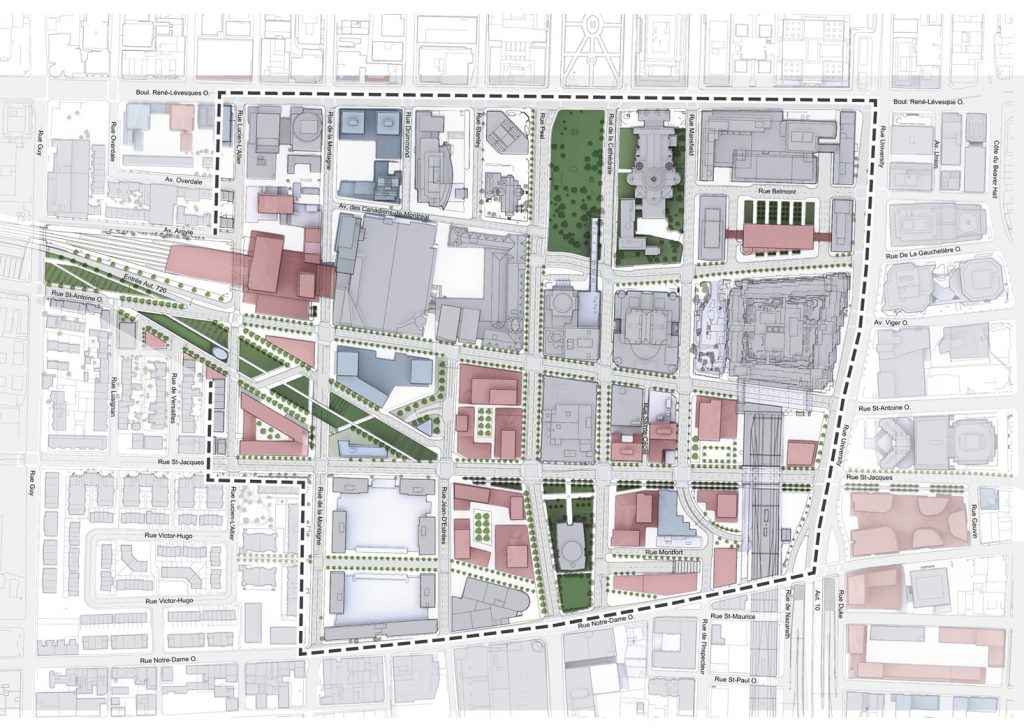 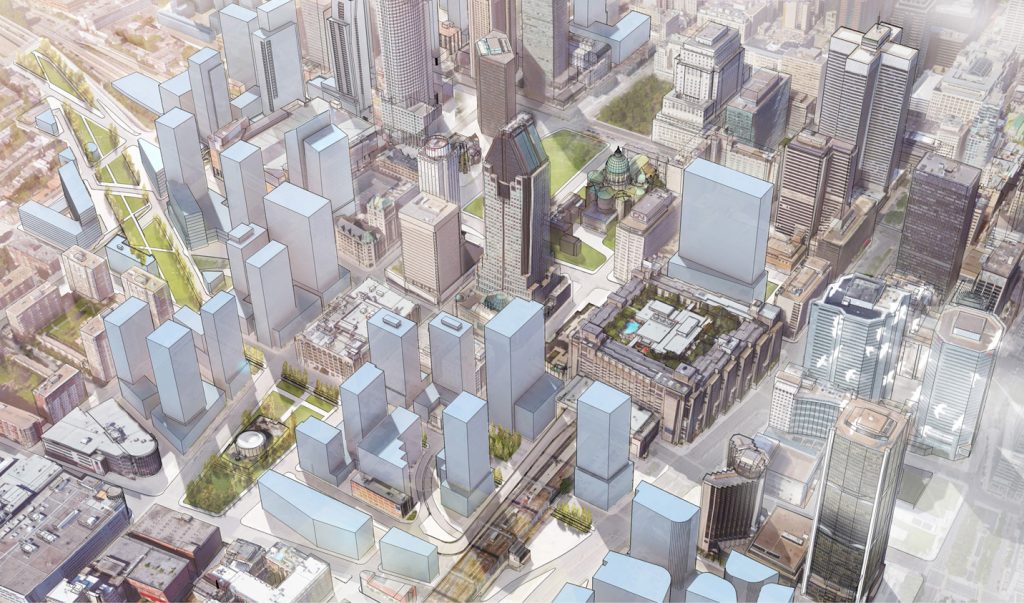 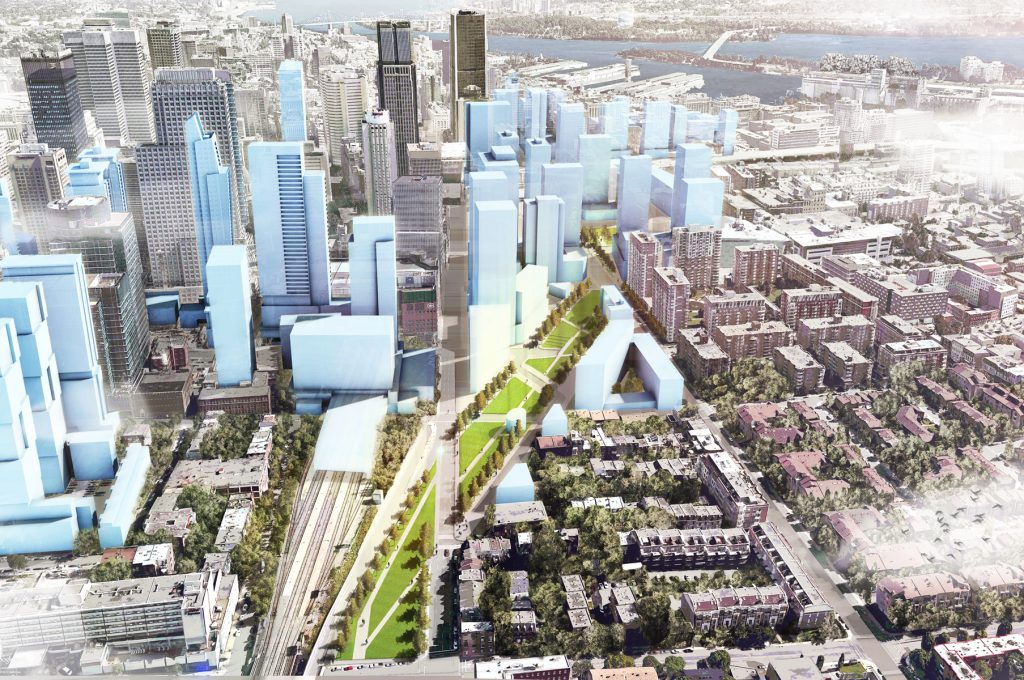