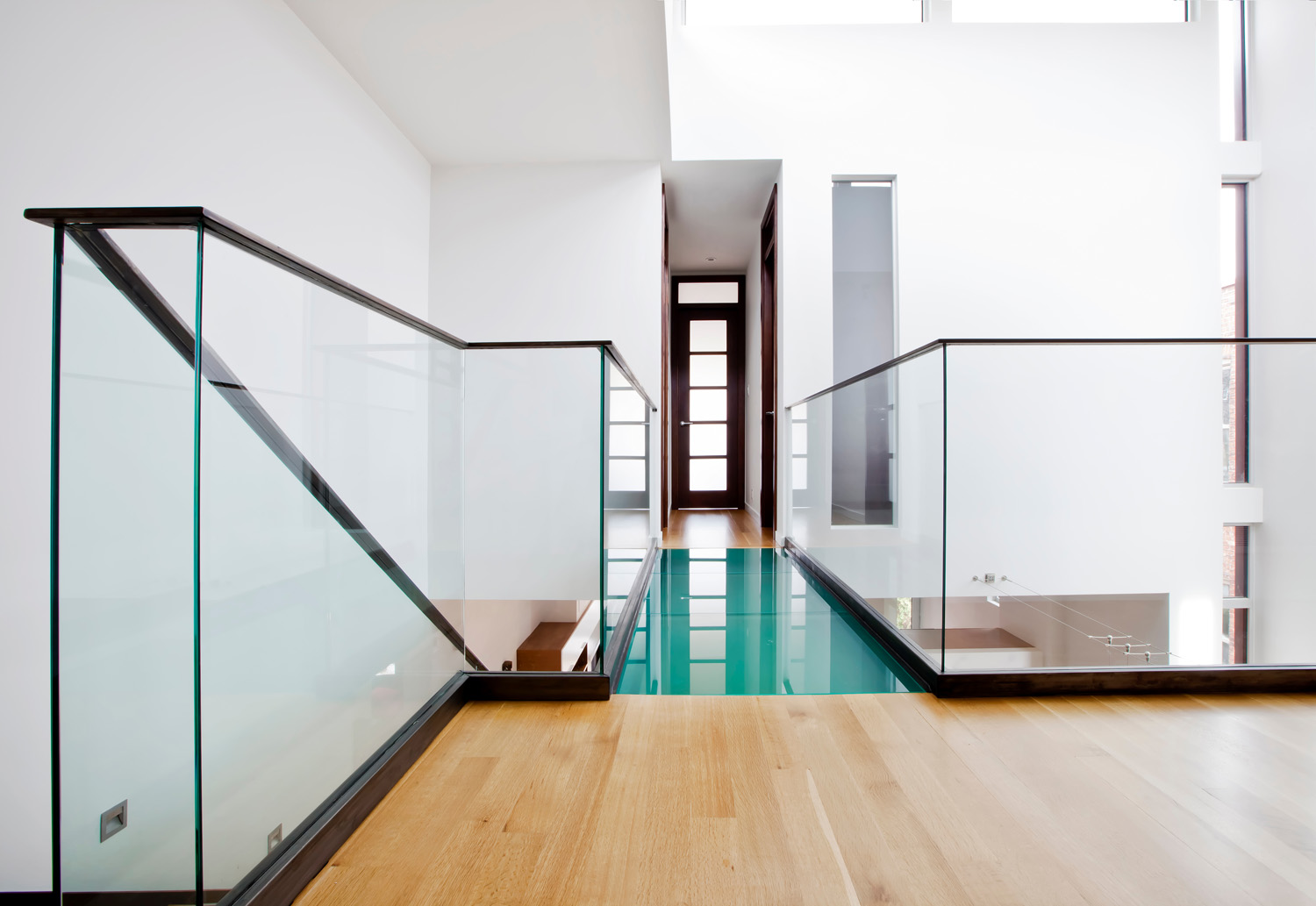 Located in Westmount, a privileged inner-city suburb of Montreal, Lansdowne Avenue is remarkable for both its heritage architecture and its particular topography. The street negotiates a series of steep inclines and plateaus at the base of Westmount Mountain.

As a semi-detached house on a hill side, the project is an essay in asymmetry. Westmount’s past as an Anglo-Saxon enclave within French Canada saw the local flowering of such historic styles as Arts and Crafts and Neo-Gothic.  Both these styles used asymmetry and informality to distinguish themselves from the more rigid forms of French and Italian classicism. These traditions of informality are reinterpreted in Lansdowne House to celebrate the contrast between its detached and connected sides and its unique hill-side position.

Clad in the same black slate found in the neighbourhood’s historic homes, a corner bay-window on the street and a two-storey bay-window at the back of the house punctuate informally arranged planes of red brick. The two storey space behind the back bay-window, an open dining – living area, is the center of family life, shifting the focus of activities from the street to the rear of the house and the garden. 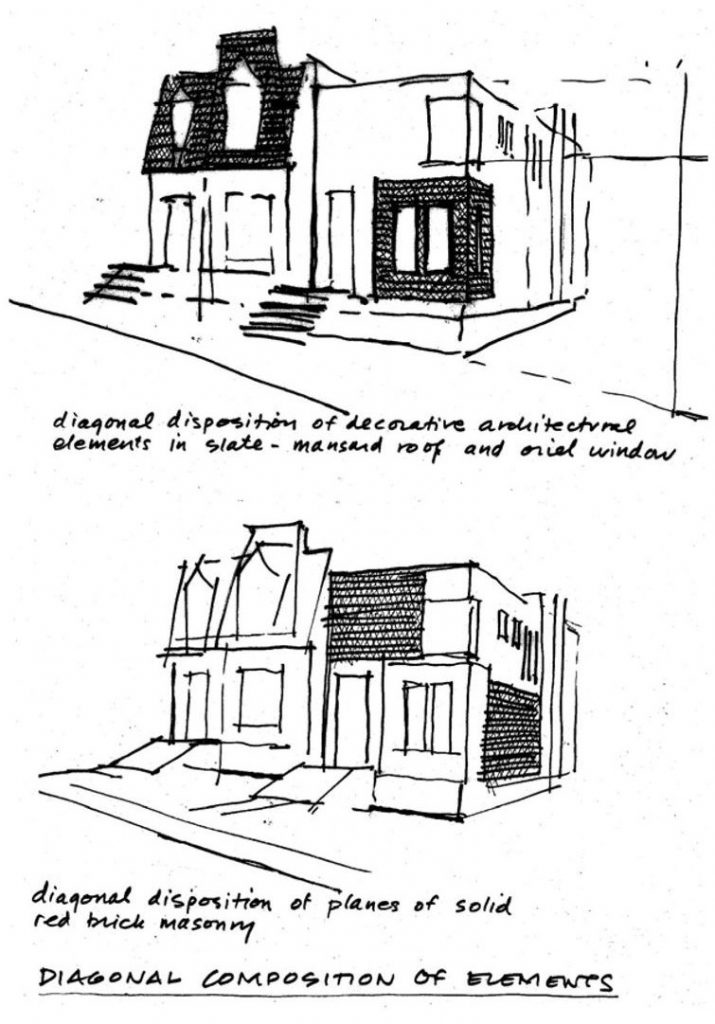 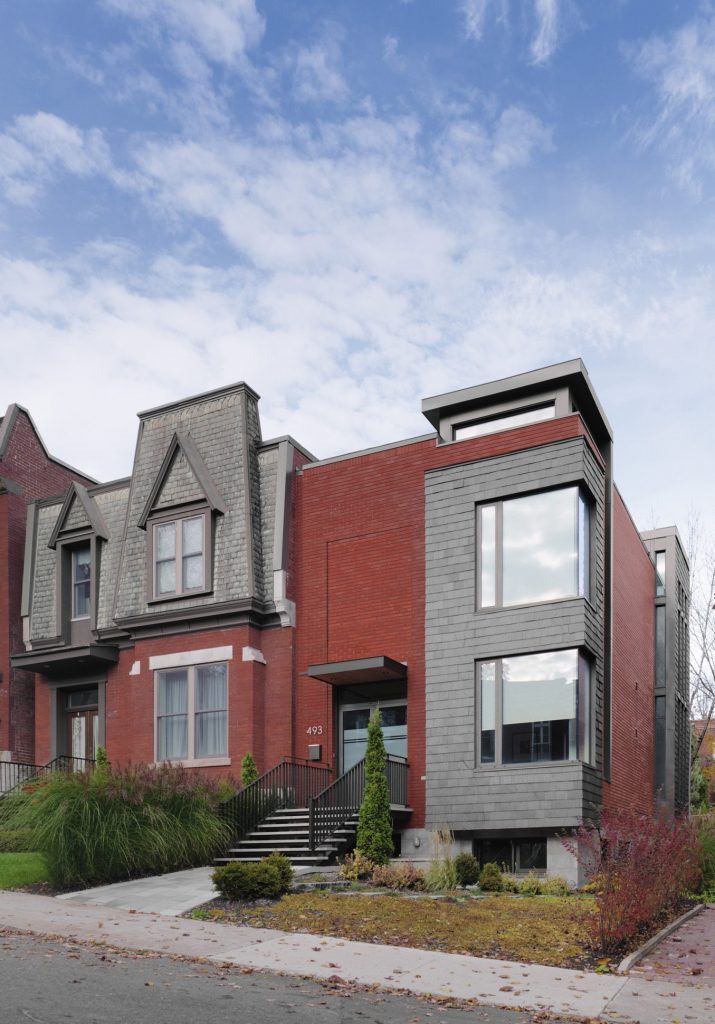 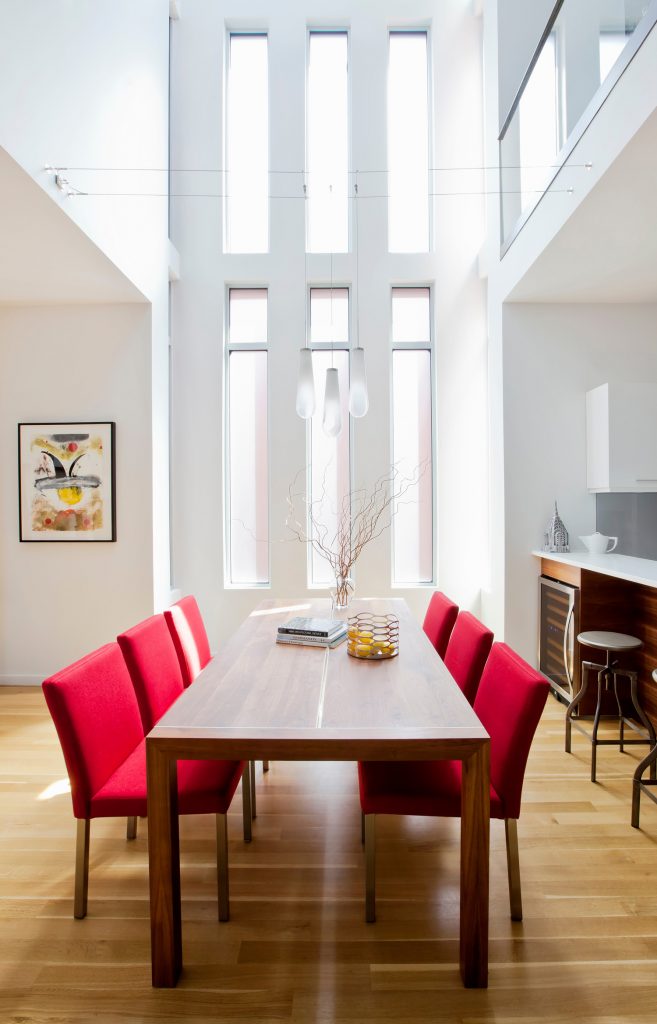 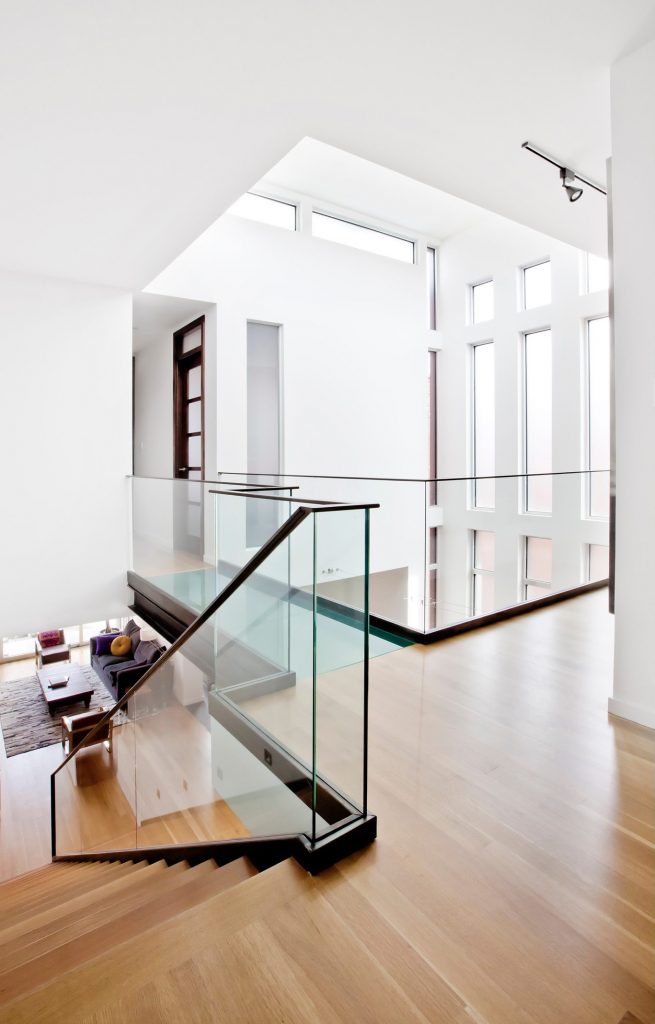