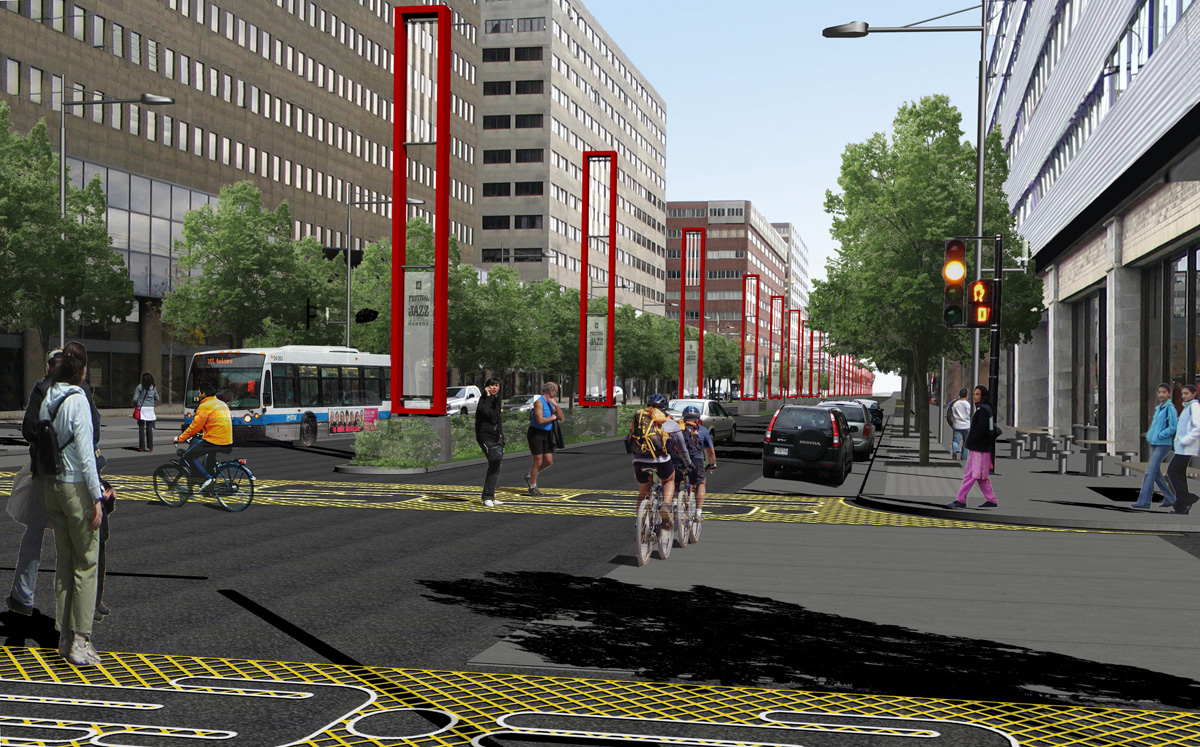 In the 1970s, Montreal’s Chabanel District was one of the most important producers of textiles and garments in the world.  With little or no regulatory constraints, a series of gigantic warehouse factories were erected along a mile-long strip in what was then the fringe of the city.  As artefacts of un-regulated capitalism, it is ironic to reflect on the resemblance of these buildings to contemporary socialist architecture in Eastern Europe, particularly in their simplistic geometry, neutral colour, and unrelenting repetition.

Realised in two parts, this mandate began with a preliminary study for the long-term revitalisation of the entire Chabanel District.  A second stage concentrated on the design and construction of a street revitalisation scheme for the district’s main artery.

The district plan introduces a basic urban order to a sector originally conceived without the benefit of design guidelines.  The analysis of a series of systems – property divisions, demolition and conservation, street grids, built form-open space, green spaces, trucking access, parking, public transportation and real-estate values – led to the development of a preliminary vision for a new mixed-use neighbourhood.

In an effort to introduce human scale to Chabanel Street’s gigantic and inhospitable streetscape, the street revitalisation scheme looks to Pop Art in general and the art of Claus Oldenburg in particular.  Strategies inspired by Oldenburg’s art were developed for challenging perceptions of scale – commonly used graphic icons for bicycles, trucks, pedestrians and cars were enlarged to a giant size and integrated into widened sidewalks and new street surfaces. While functioning on a primary level as symbols of public safety, these icons employ the red, blue and yellow of Pop Art as counterpoints to the street’s monotone environment.

The street revitalisation project includes new street furniture and urban lighting and integrates numerous environmental initiatives. More than sixty new trees were planted and a pilot project for the natural collection of surface water was developed. 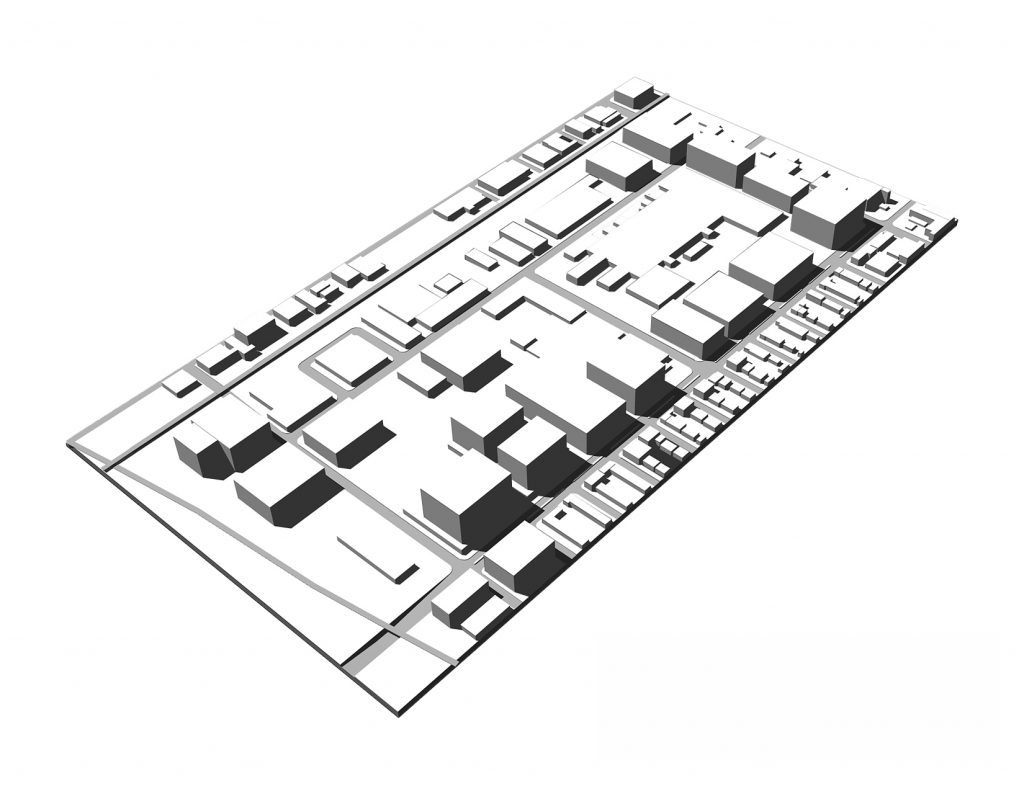 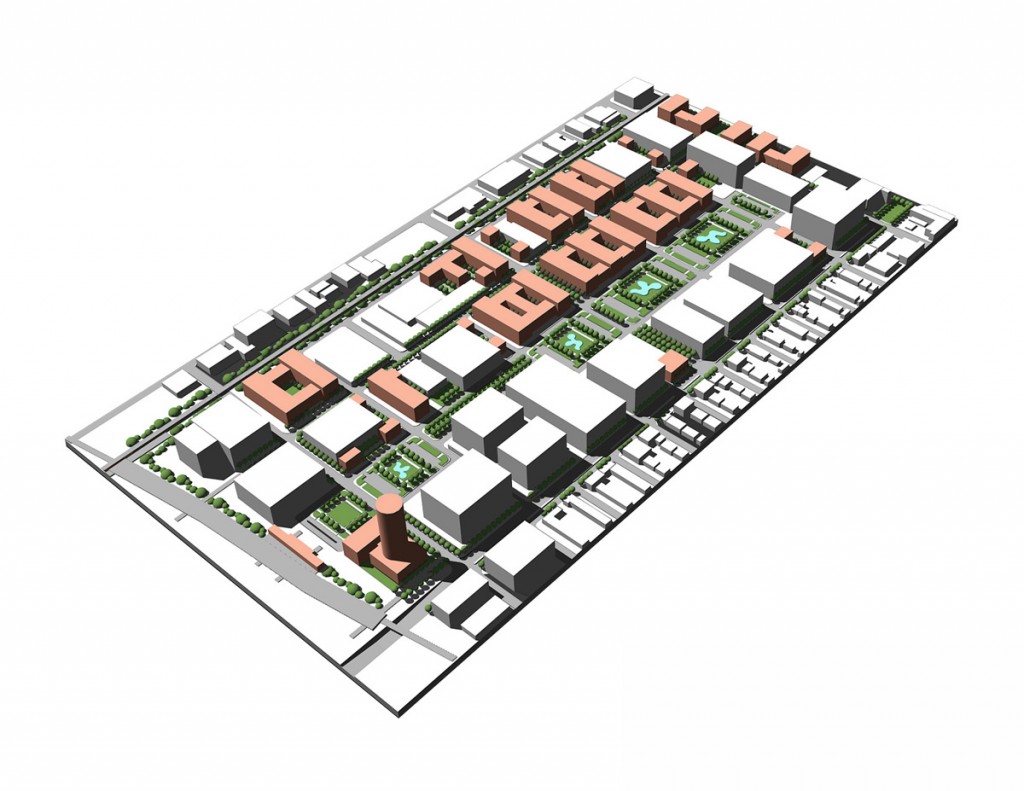 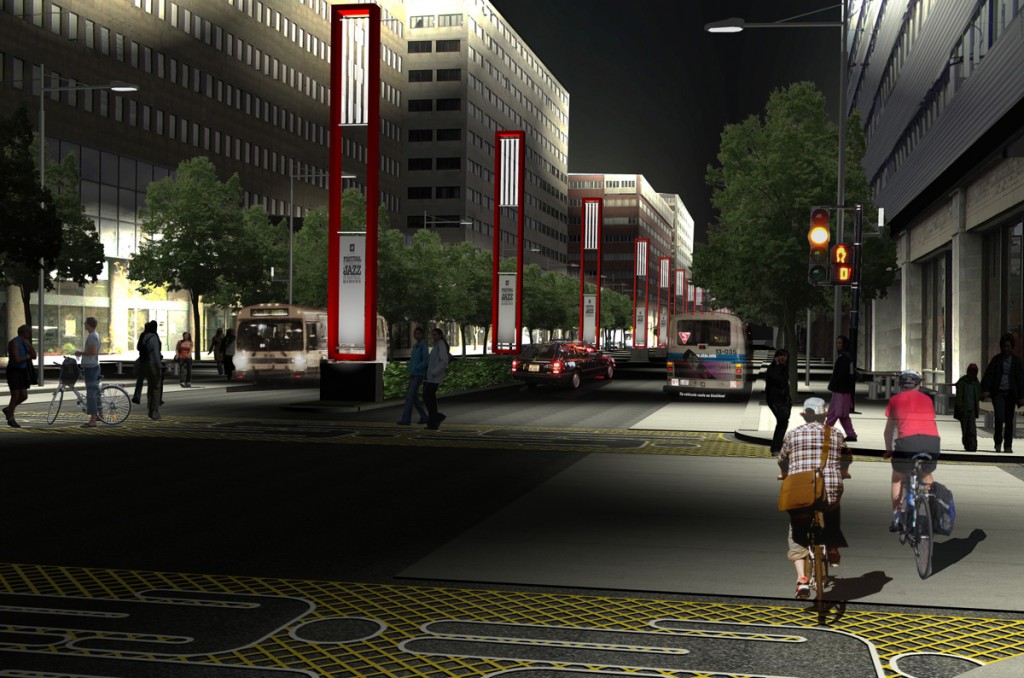 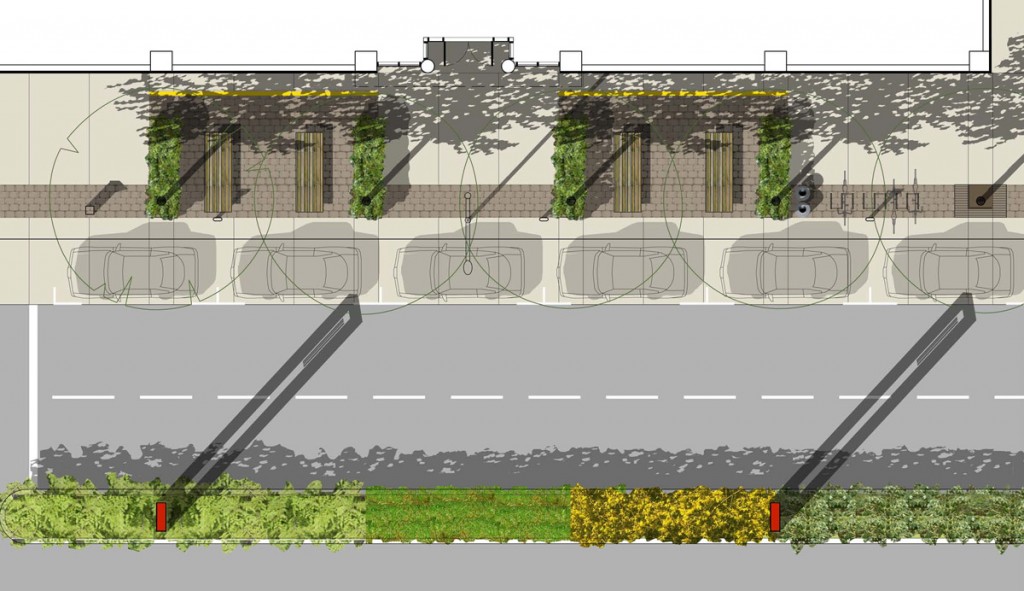 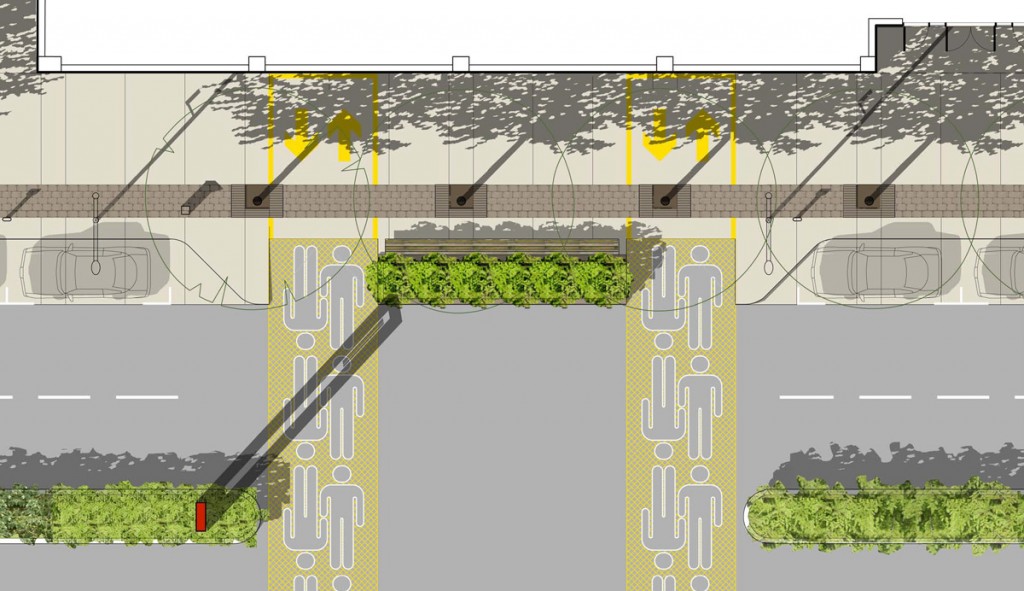 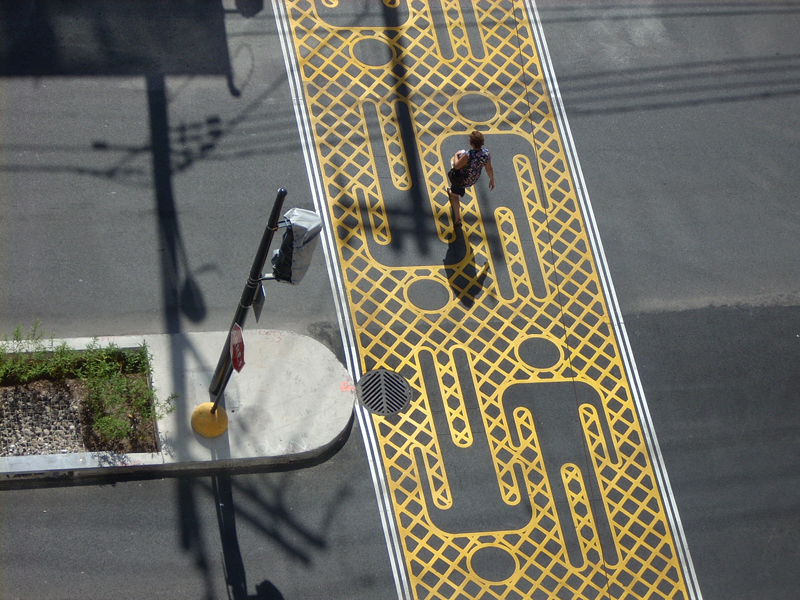