Located in Montreal North, a post-war suburb, the Joseph-LeCaron Housing Block consolidates a disjointed city block with nineteen units of social housing.  The site is a trapezoidal parcel generated by the over-lapping of historic agricultural land divisions with the diagonal trace of a high volume traffic artery.

The idea of the project was to break with the conventions of this building type: double-loaded corridors and repetitive units that generate anonymity and an institutional atmosphere.  The use of transversal units and the harnessing of the geometric complexity of the site shape a distinctive building that celebrates the role of high-density housing as a basic building block of community life.

Adapted from the plex type housing found in Montreal’s historic neighborhoods, the transversal unit strategy is applied in the Joseph-Le Caron Block to a higher density and larger building type.  As well as the elimination of corridors, this approach offers such benefits as cross-ventilation, increased day-lighting, a distinct identity for each apartment, variety in the unit designs and vertical stacking that assures acoustic privacy.  The cost savings generated by the elimination of the corridors were re-invested in the development of an energy-efficient building envelope.

The building negotiates a transition between the metropolitan character of the boulevard on its front façade and the more intimate residential neighborhood at the back.  Living, dining and kitchen areas overlook the landscaped backyard, while bedrooms are located at the front of the building, protected from the noise of the boulevard by a diagonal masonry screen. Generated by the site’s complex geometry, this screen creates both a sense of domestic enclosure and a strong symbolic presence on the boulevard.

A passage traversing the building modeled on the ‘’porte-cochères’’ of traditional Montreal housing provides parking access from the boulevard to the backyard.  This strategy optimizes site density and consolidates the street front. 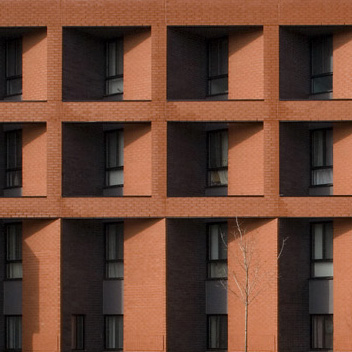 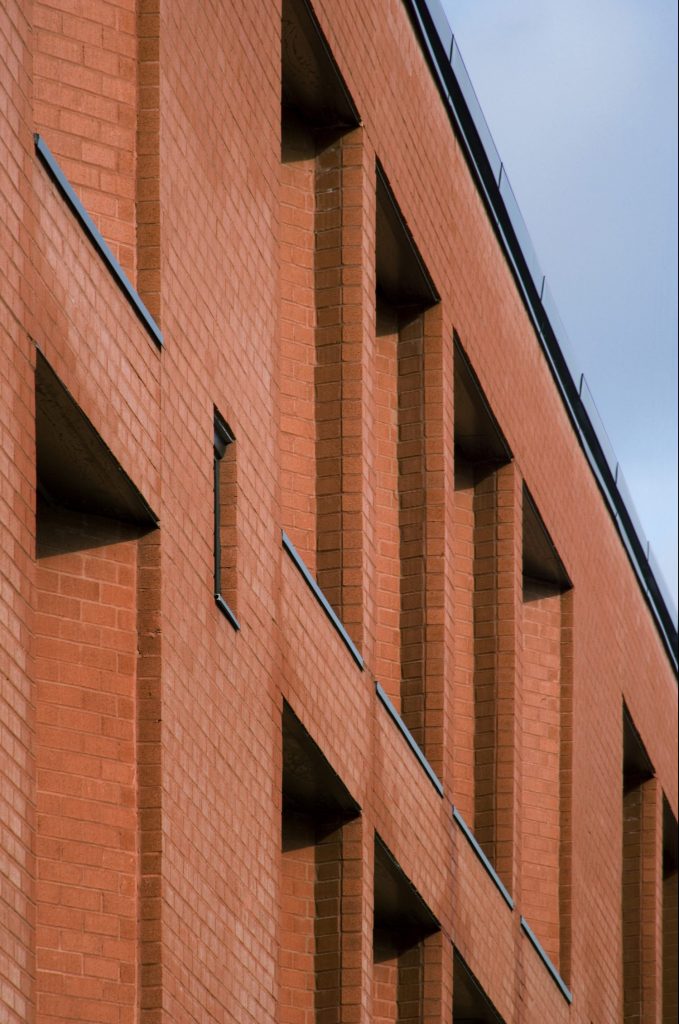 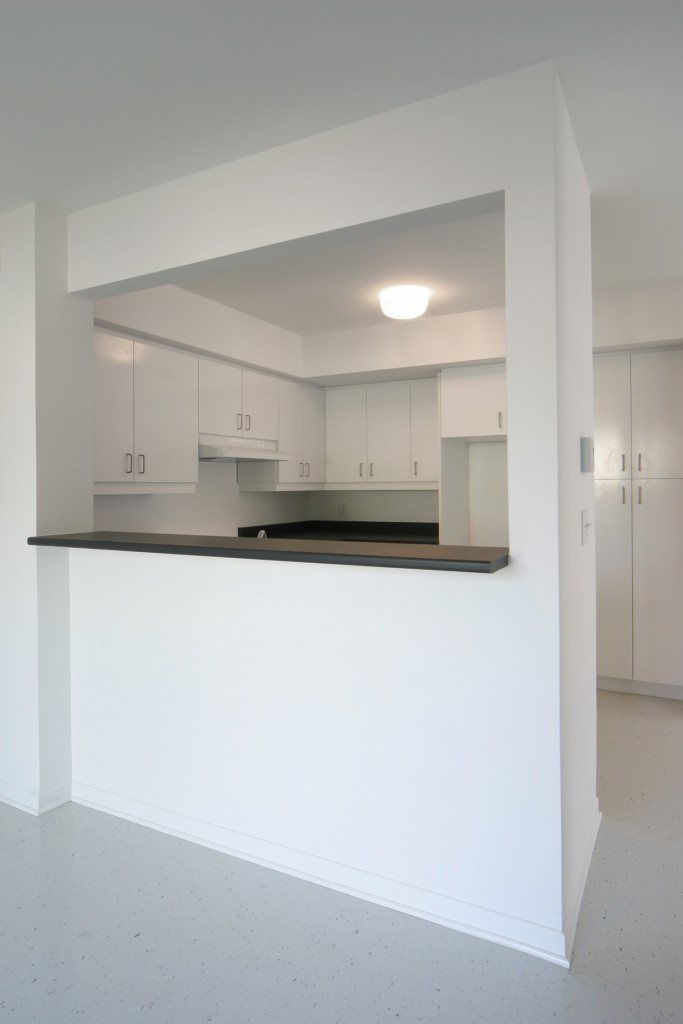 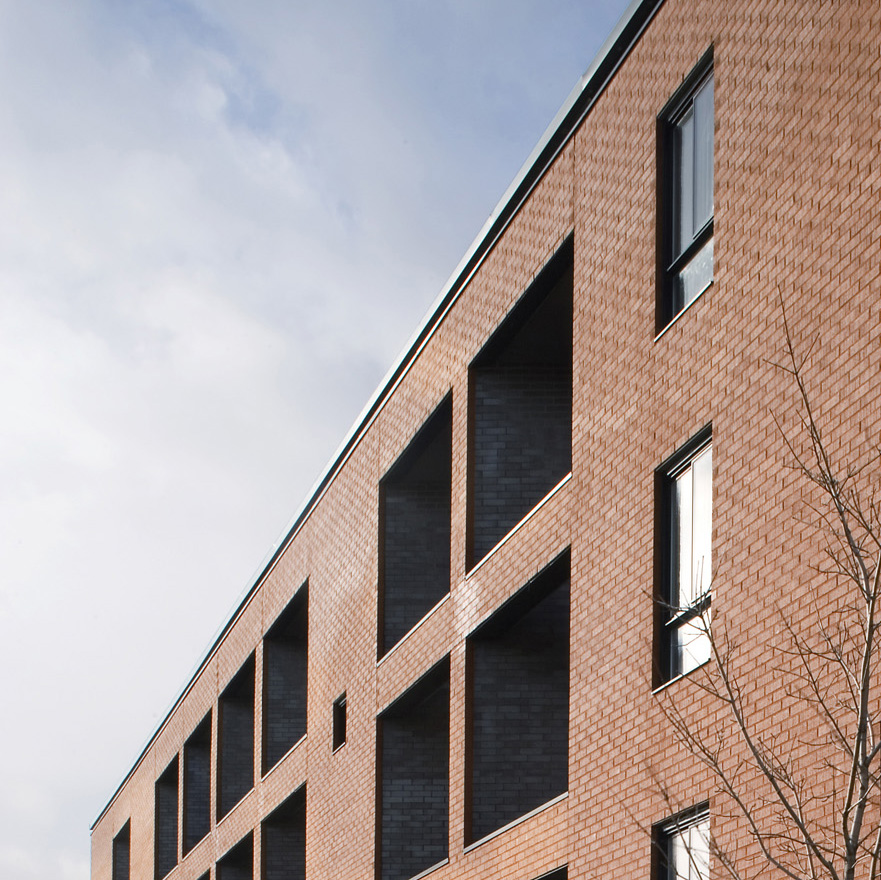 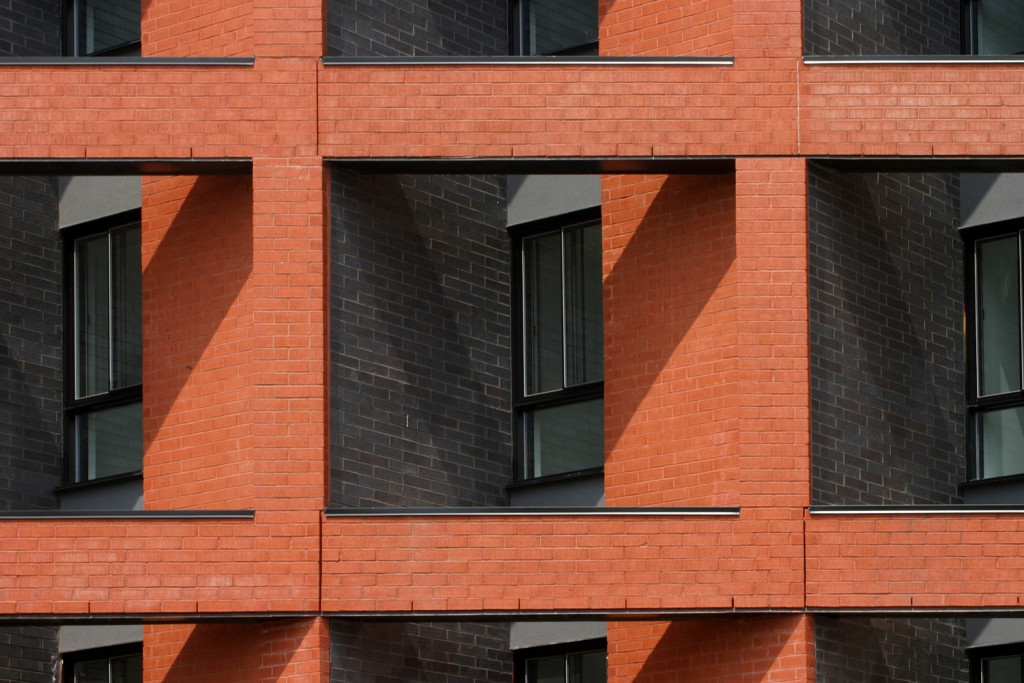