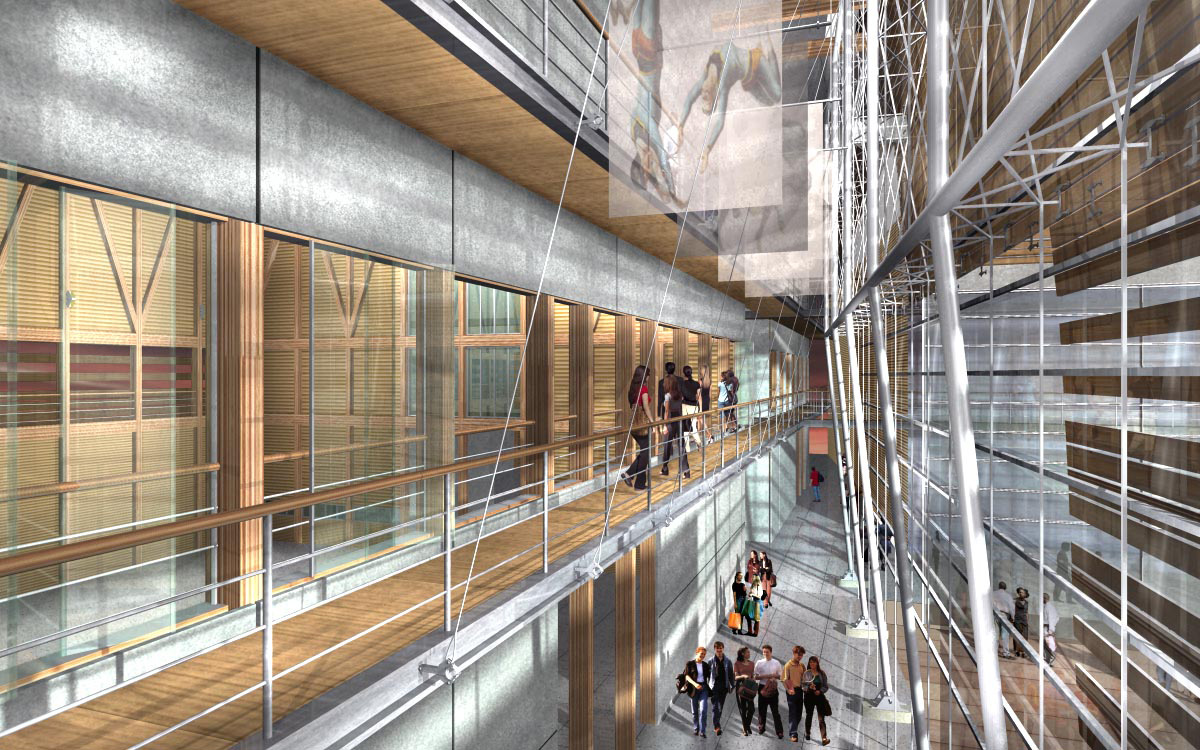 Montreal is a world center of circus arts.  In 1995, the city undertook an ambitious project to regroup the city’s circus arts infrastructure around an abandoned quarry in the city’s north end.  Used as a landfill site, the quarry will be rehabilitated and transformed into a major urban park.   Built around such installations as the Cirque de Soleil headquarters, international circus student housing and the TOHU performance space, the City of Circus Arts combines cultural activities and generous new public spaces.  The National Circus School, Canada’s premier school of circus arts, made the decision to build a new facility in the City of Circus Arts in 2003.

The project is a courtyard scheme opening onto the Esplanade, a broad landscaped boulevard at the edge of the quarry.  As a multi-purpose space, the courtyard is the entry to the school, a public plaza, a natural water collector and an exterior performance space.

The building is articulated using the idea of a circus mask.  Four cubes – the project’s performance and rehearsal studios – are grouped together and then covered with a curving wooden mask.  The gaps between the performance cubes and the mask create the public spaces of the project – entry lobby, circulation, media library, cafeteria, student lounge.  The lightweight screen of the wooden mask is contrasted against a heavy timber structure that generates the generous spans and soaring heights of the performance spaces.  Engineered steel elements provide structural connections between wood members throughout the project.

Open to the Esplanade at the front and formed by the masked performance studios on two sides, the courtyard is completed on its fourth side by a low rectangular bar housing the smaller elements of the school  – classrooms, offices, and meeting rooms.  The building’s energy strategy includes such features as rainwater harvesting, a green roof and geo-thermal heating and cooling.  The extensive use of wood in the project relies heavily on recycled forest products. 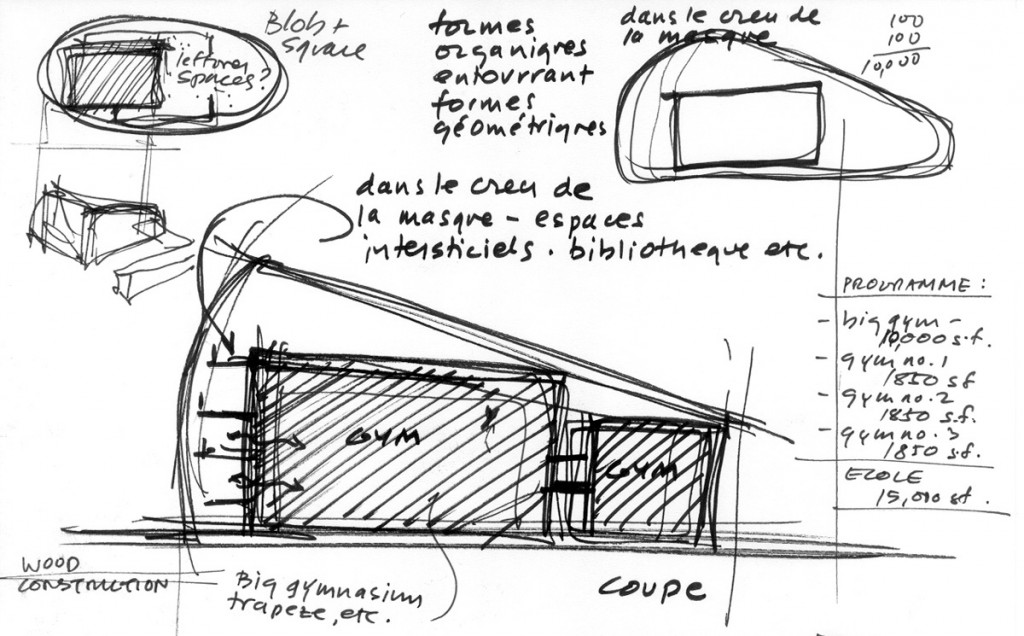 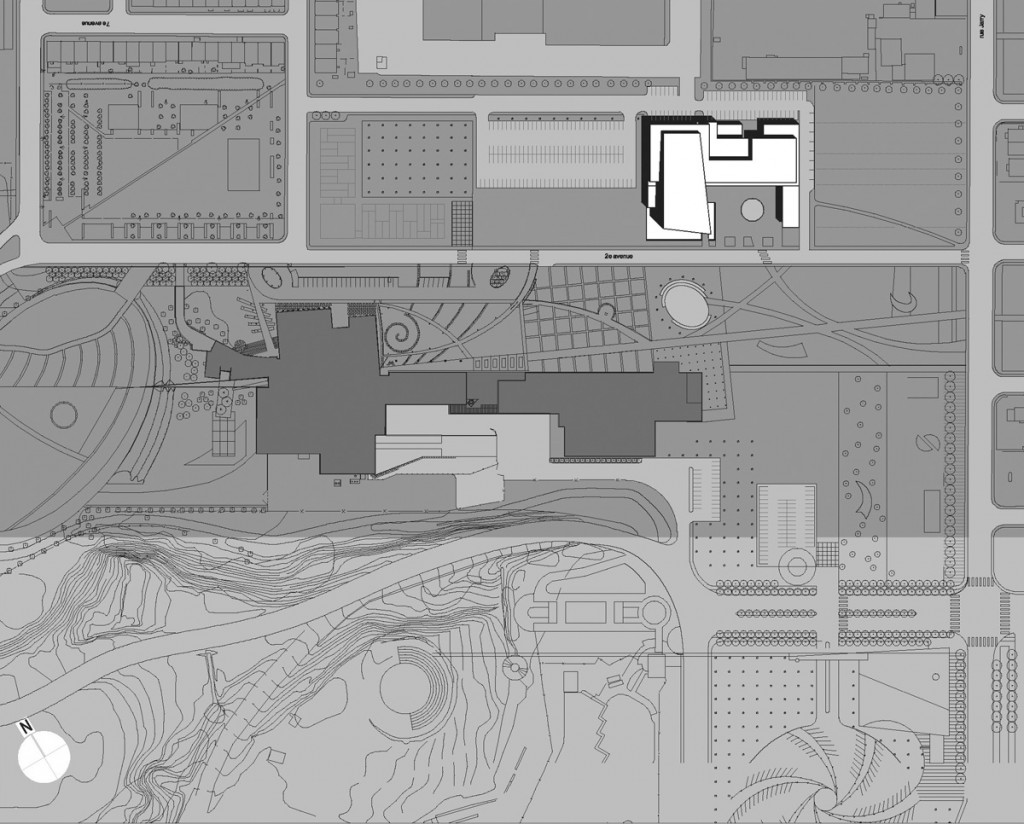 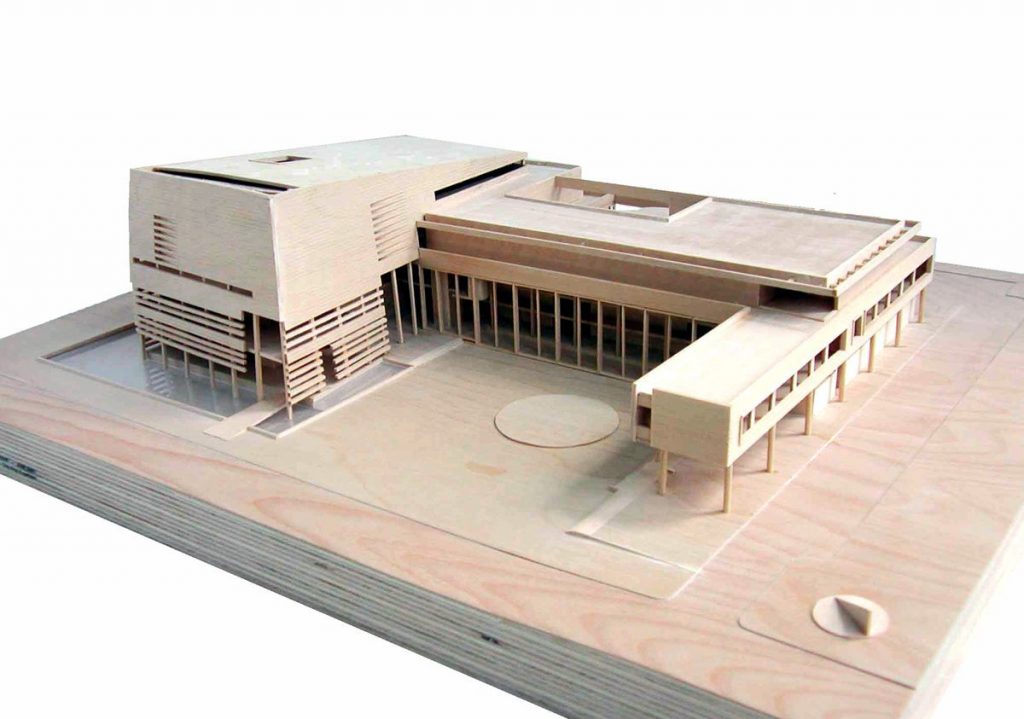 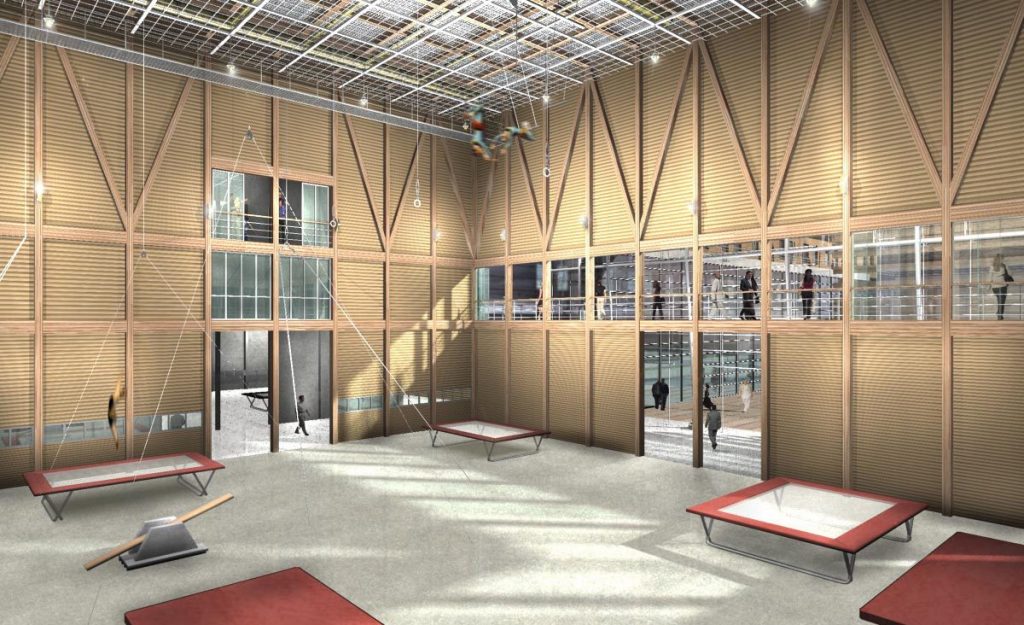