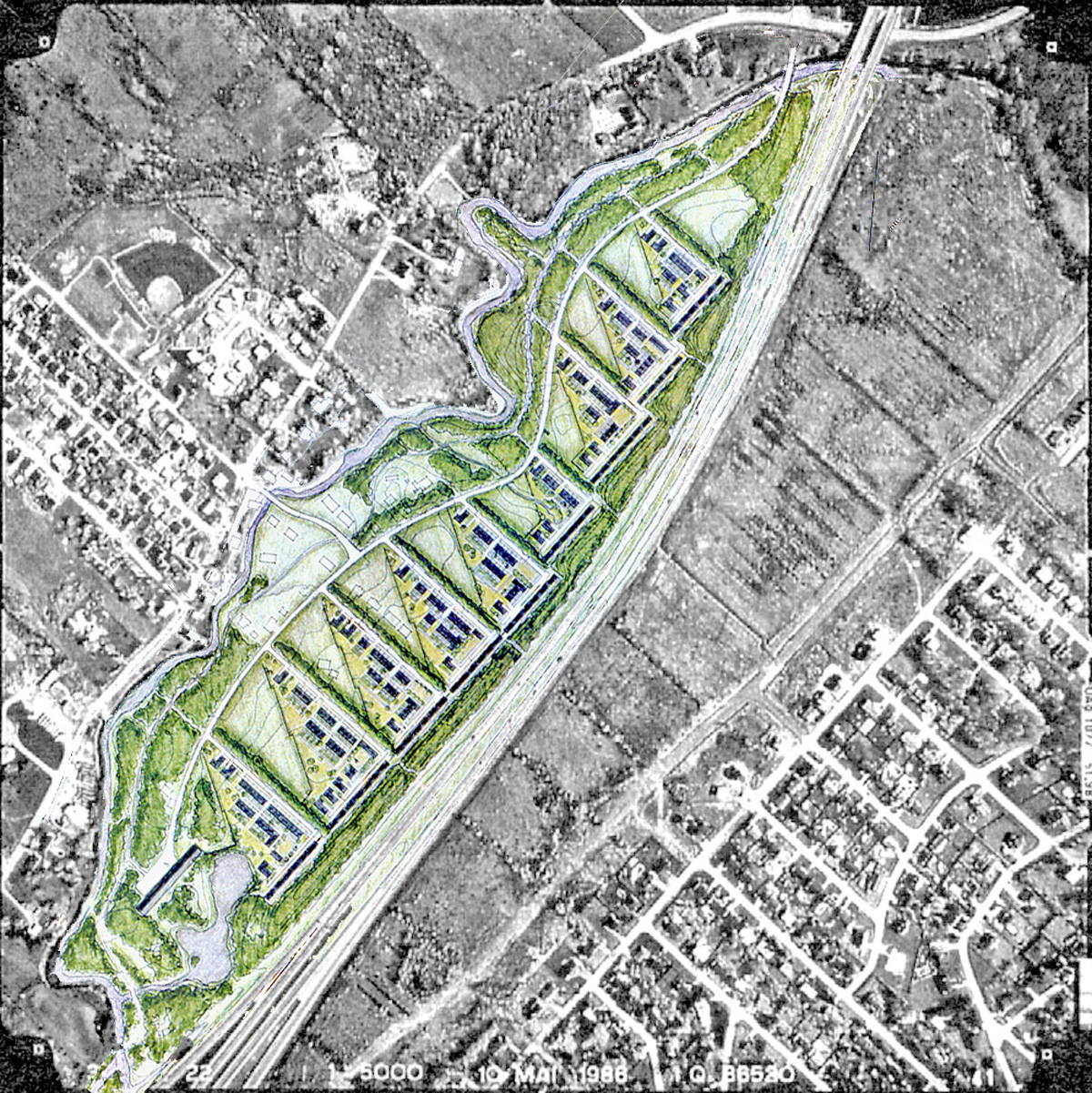 Rosemere is a bedroom community north of Montreal known for its bucolic setting. The construction of a peripheral loop freeway in the 1970s created an enclave isolated between the freeway and a meandering river.  Located on Rosemere’s fringe and cultivated since colonial times, municipal services were never extended into this rural enclave.

Inspired by the ideas of Ebenezer Howard and Scandinavian town planning, Rosemere Garden City preserves and enhances the agricultural landscape of this enclave while introducing 250 units of housing.  Two basic strategies give form to the project:  the preservation of existing pasture lands and the distribution of density through clustering.

Basic agricultural features of the enclave – hedgerows, fields, drainage ditches, and a rural collector road – are rehabilitated as structuring devices that break the 250 units into distinct village-size collectives.  Each of the site’s seven rectangular pastures is bisected diagonally to divide a high density housing cluster from preserved pasture land. The village clusters are organized around a central square formed on three sides by row housing and open on the fourth side to the pasture.  Volumes are gradated across the clusters so that the highest structures form an acoustic barrier against the freeway and the lowest are tucked into the pasture.

The overall density of Rosemere Garden City matches that of a conventional suburban development.  Instead of distributing single-family homes uniformly across the landscape, Rosemere Garden City clusters together row-houses and town-houses, preserving more than half of the site as a historic landscape. The human scale of the clusters and the proximity between neighbours encourages social interaction and a village atmosphere. 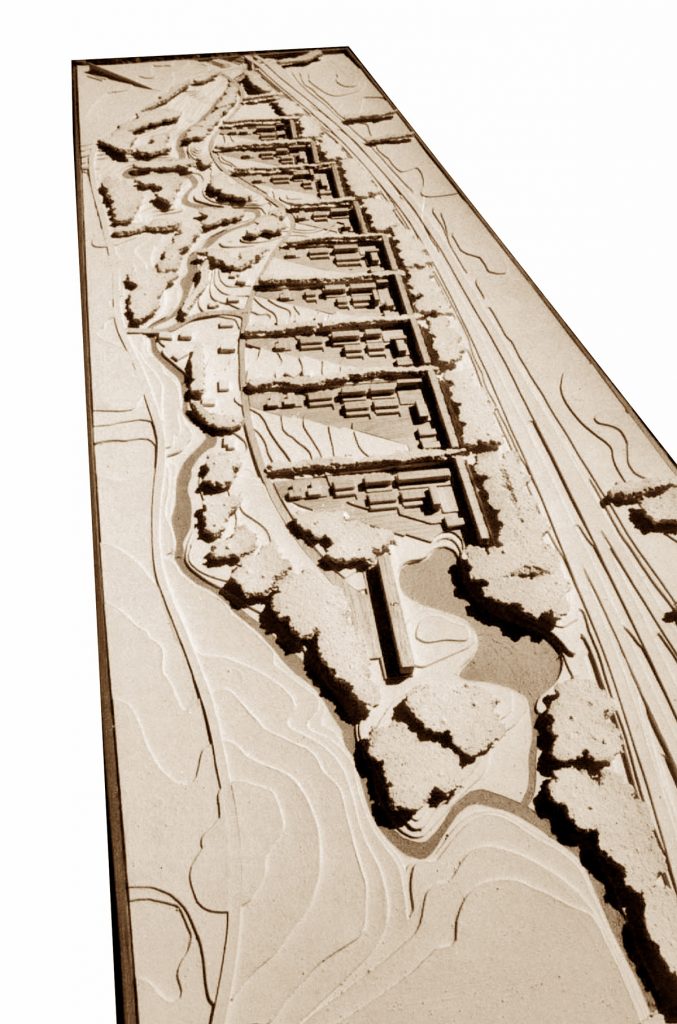 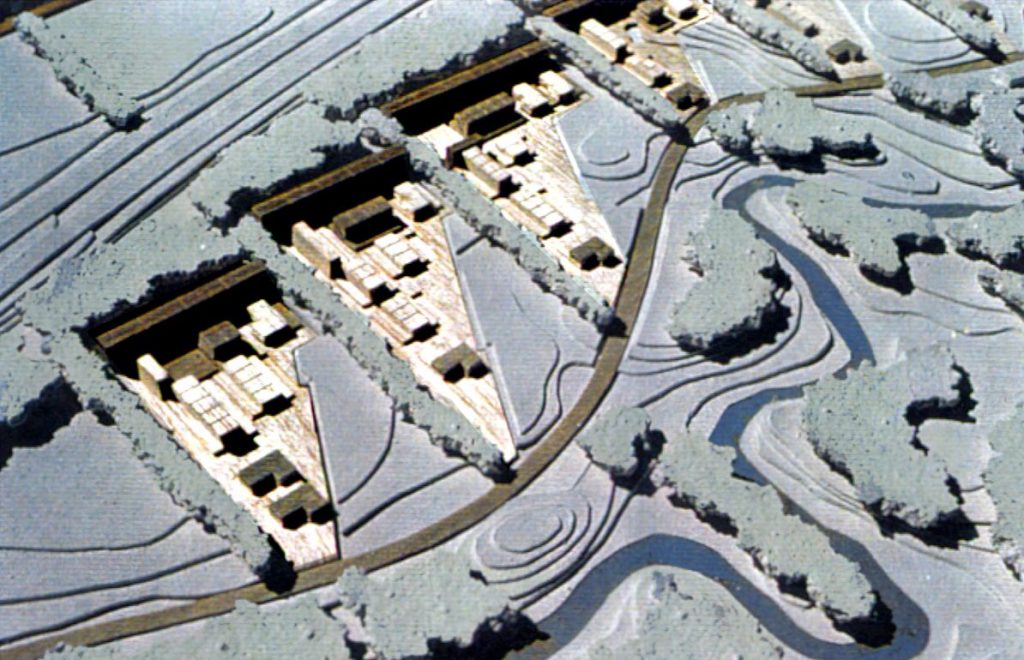 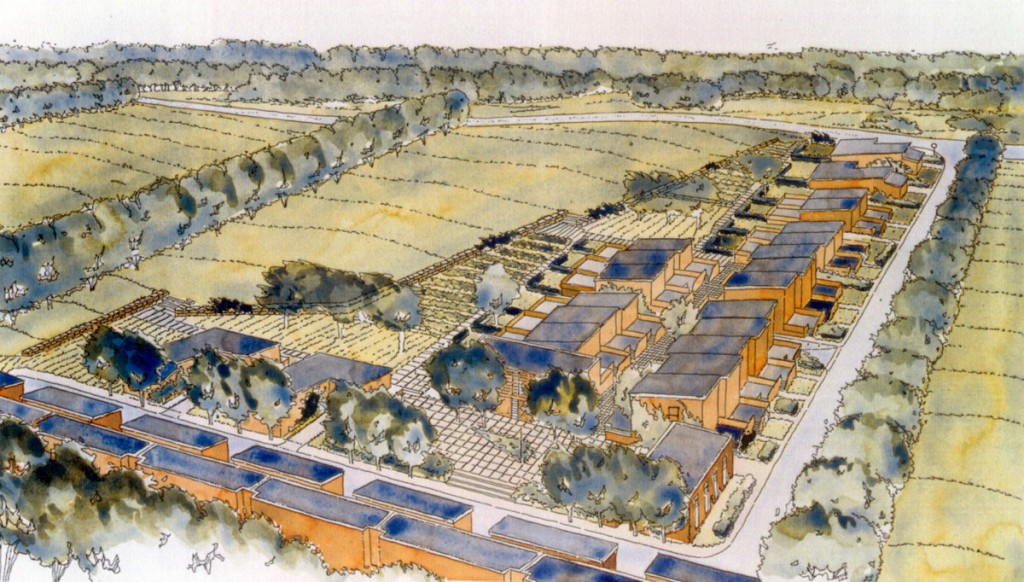